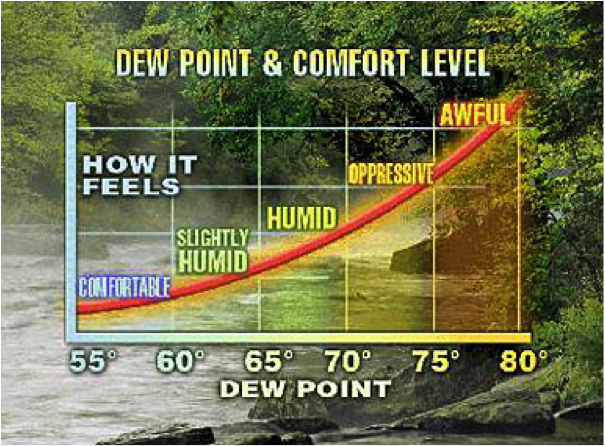 As the State Climate office for Florida, we often get questions about living with high humidity. Many people suffer from respiratory illness or other health problems that are affected by humidity and they are trying to find a suitable climate to move to. The most common questions are:

Is Florida the most humid state in the nation?

Is There a Part of Florida that is Less Humid than Others?

Before trying to answer these questions, it is best to have a brief discussion on how meteorologist measure and quantify humidity in the atmosphere.

The problem with using relative humidity is that warm air can hold much more water vapor than cold air. So take a cold night in north Florida where you may wake up to frost covering the ground. What happened is that the air cooled to near freezing and as the air cooled, it approached the saturation temperature for the amount of water vapor it contained. So the relative humidity at that time approached 100%, but because it was so cold that atmosphere really was not holding that much moisture and it never felt humid or sticky. Much the same way, relative humidity in Alaska can be over 90% even if the temperature is below zero, but that doesn't compare with the amount of moisture in the atmosphere during a balmy day in Miami.

Which brings us back to the two questions...

Is Florida the most humid state in the nation?

The answer to this question is yes! With Florida being surrounded by the warm Gulf of Mexico and Atlantic Ocean, and with South Florida being a nearly tropical climate, it is definitely the most humid state in the U.S. Attached is a map of annual average dew point temperatures across the coterminous U.S. The map shows that north Florida has dew point temperature averages of 55 to 60 while south Florida averages greater than 60. 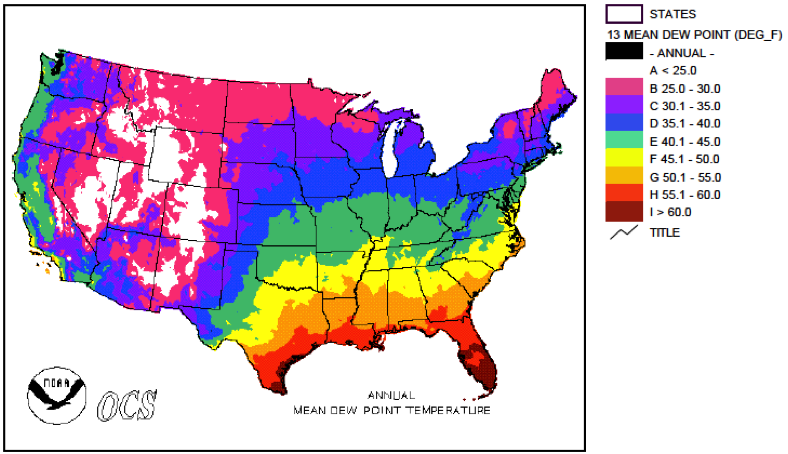 Is There a Part of Florida that is Less Humid (or More Humid) Than Others?

The answer to this question is yes and no. During the summer, dew point temperatures generally run in the high 60's or low 70's everyday, no matter what part of the State you are in. Coastal areas are a little more humid than inland areas of central Florida and the Panhandle due to the warm water bodies and the afternoon seabreeze, but for the most part it is hot and humid everywhere. The afternoon seabreeze along the coast and the easterly trade winds over south Florida in the late summer help moderate temperatures, but the humidity is relatively high everywhere in the State. Key West, being surrounded by the warm Atlantic Ocean, is the most humid city in Florida with average dew points in summer of 74 to 75. Orlando with its theme parks and millions of visitors is not far off with summer dew points around 73. The map below shows average July dew points representative of the summer season. 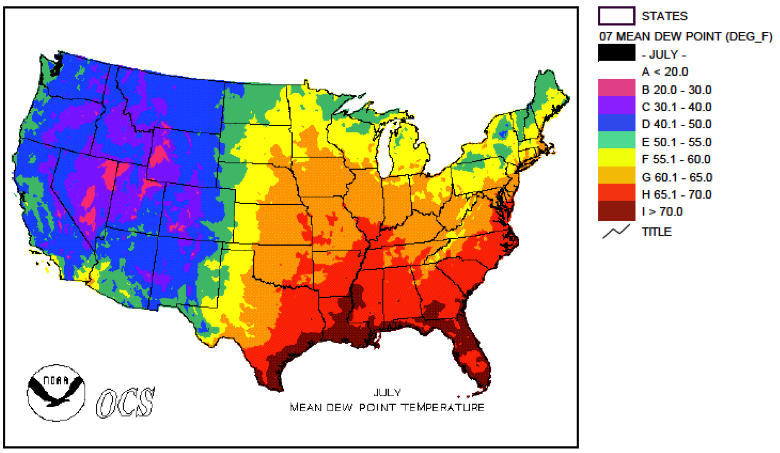 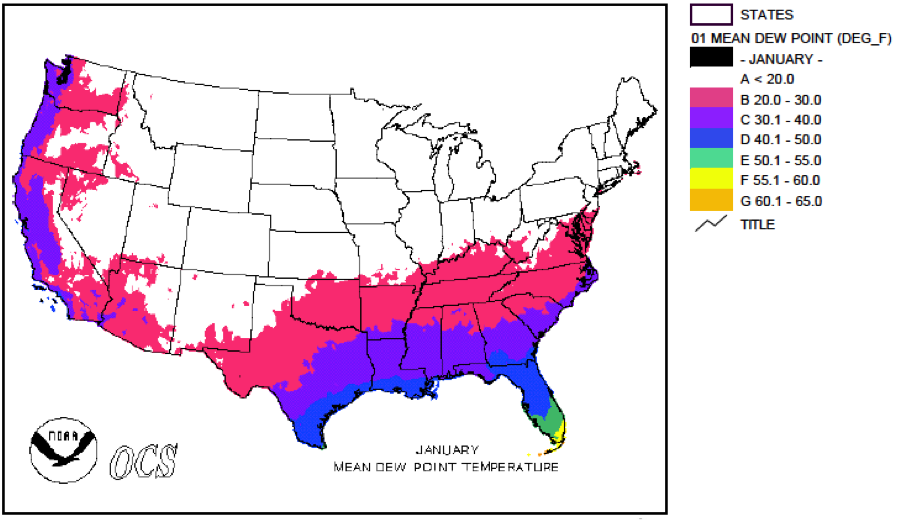 How often have we heard that phrase or something similar uttered during a hot day? Well, it simply is not true. Dew point temperatures above 75 are very high and above 80 is an extremely rare event. Even if there was a day with a temperature of 95 and a dew point of 80, that would only yield a relative humidity of 62%. Remember hot air can hold much more water vapor than cooler air.

"It's not the heat, it's the humidity that will get you."

There is a little more truth to this statement. The human body (and some livestock) cools itself by secreting sweat, which cools us down as it evaporates due to evaporative cooling. This process is much more efficient in drier climates where the sweat evaporates quicker. Higher humidity means less evaporation and less cooling. We have a quantity known as "heat index" that combines the effects of high temperatures and humidity and is used for heat stress warnings. 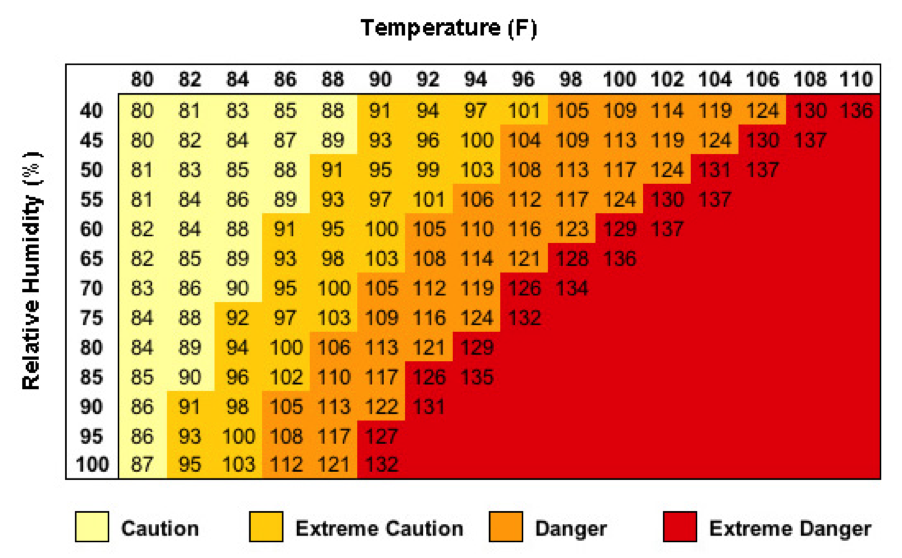