Average temperatures in April were near to above normal across the state Average temperature departures from normal ranged from +0.1 ̊F in Jacksonville to +3.0 ̊F in Tampa for the month (see Table 1 and Appendix 1 for select cities). Many places in central and southern Florida recorded one of their top 5 warmest Aprils on record, including Tampa (3rd-warmest), Homestead (3rd-warmest), Perrine (4th-warmest), Orlando (5th-warmest), and Miami (5th-warmest). Several daily high maximum and high minimum temperature records were tied or broken throughout the month (see appendices 2 and 3).

Rainfall totals in April were mixed, with the Panhandle and Big Bend regions receiving below normal precipitation and much of eastern and central Florida above normal. The monthly precipitation departures from normal ranged from -1.49 inches in Pensacola to +4.21 inches in Tampa (Table 2 and Appendix 1). Year-to-date rainfall deficits exist for many locations, including Pensacola with 5.54 inches below normal to date, Venice with 5 inches of deficit to date, and Vero Beach at 4.4 inches in deficit to date. Due to persistent dry conditions, moderate to severe drought continues to impact much of the southern Peninsula as of the end of April (see below).

Figure 1. A graphical depiction of the monthly rainfall departure from normal (inches) for April (courtesy of NOAA, NWS). 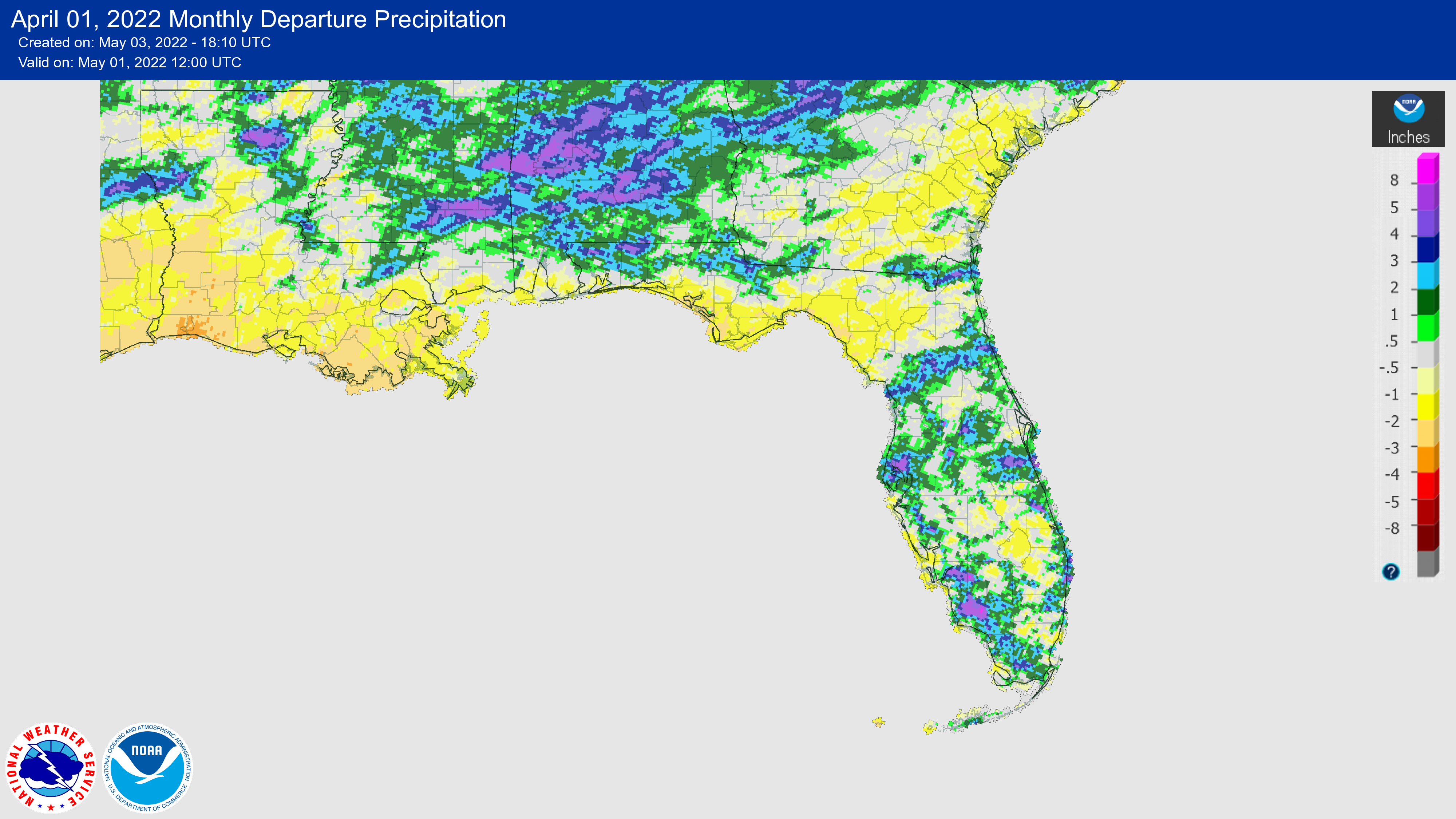 La Niña, the cool phase of the ENSO climate pattern, is favored to continue through the Northern Hemisphere summer (59% chance during June-August), with a 50-55% chance of La Niña continuing through the fall. In early April, all of the Niño index regions were between -0.7°C and -1.1°C. Additionally, the coupled ocean-atmosphere system reflects the continuation of La Niña, though there is still much uncertainty given the combined 45-50% chance for ENSO-neutral or El Niño in the July-September period onwards.

According to the Local Storm Reports issued by the local National Weather Service offices serving Florida, there were 392 individual local reports of hazardous weather events recorded across the state during the month of April (see Table 4 for a breakdown by event type). April saw a lot of thunderstorm activity with strong wind gusts (up to 78 mph in Palm Beach on the 6th), and hail up to 2 inches in diameter (reported in St. Johns County on the 17th). Several Mesonet and CoCoRaHS stations recorded over 5 inches and as much as 6.83 inches of rain on the 7th in Nassau County. There were two fatalities due to rip currents during the month, one in Daytona Beach and one in Mayport.

Table 4. Breakdown of storm reports submitted in Florida during the month of April (compiled from Iowa State University/Iowa Environmental Mesonet). 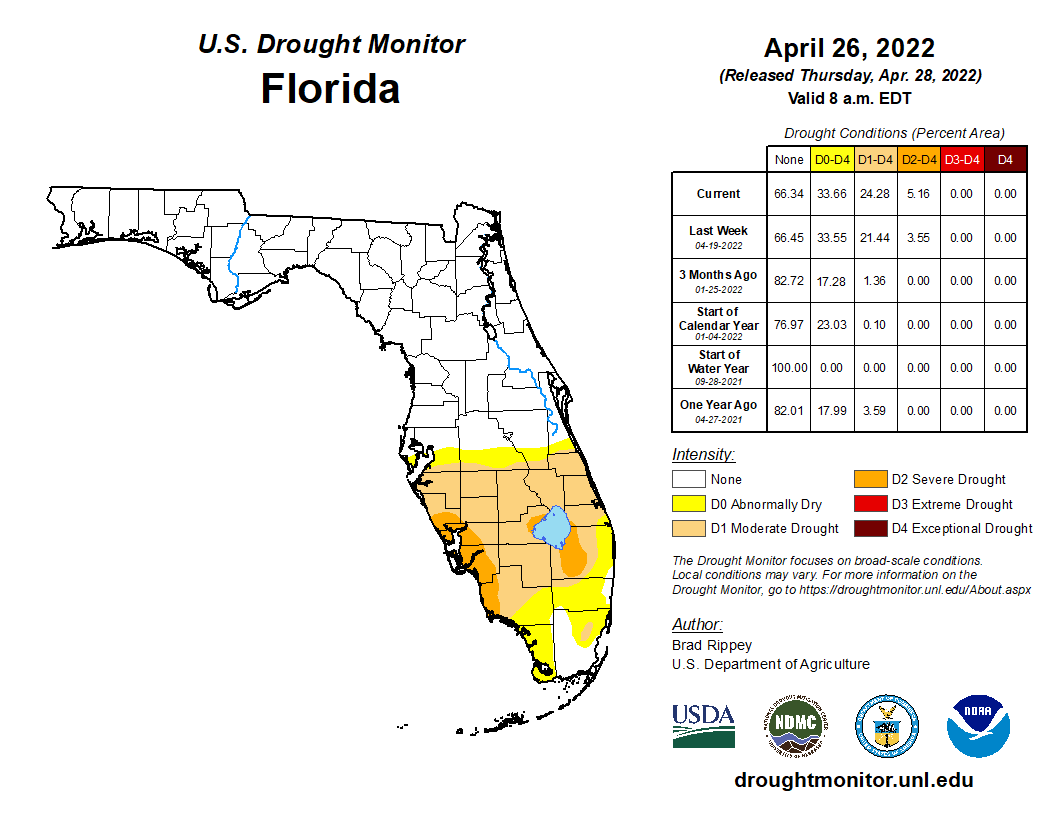