Average temperatures in February were above normal in Florida. Average temperature departures from normal ranged from +0.2 ̊F in Key West to +3.9 ̊F in Tampa for the month (see Table 1 and Appendix 1 for select cities). Several stations recorded one of their top ten warmest months of February on record, including Jacksonville Beach (5th-warmest), Orlando (7th-warmest), Fort Myers (8th-warmest), and Fort Lauderdale (8th-warmest). Several daily temperature records were tied or broken throughout the month, including daily high maximum and high minimum temperatures (see appendices 2 and 3).

Rainfall totals in February were below normal across the state. The monthly precipitation departures from normal ranged from -0.55 inches in Miami to -3.00 inches in Tallahassee (Table 2 and Appendix 1). Most places across the state recorded a precipitation deficit for the month, except for just a few places in south Florida (Figure 1). Crestview had its second driest February on record, and both Ocala and Apalachicola recorded their 4th-driest February on record. Rainfall deficits have resulted in abnormally dry conditions and the emergence of moderate drought conditions in parts of the western Peninsula (drought information below). 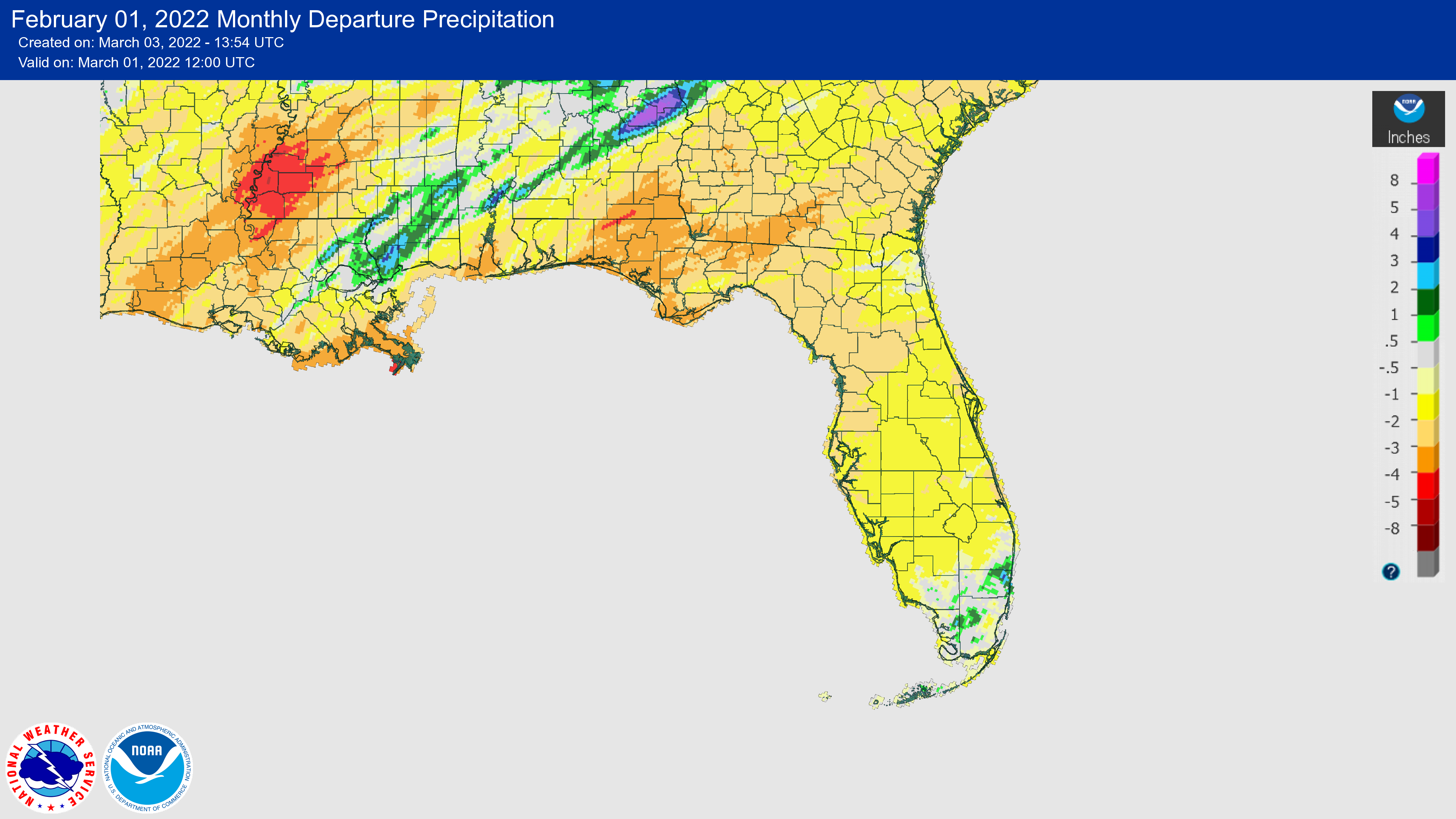 La Niña conditions, the cool phase of the ENSO climate pattern, continued in the tropical Pacific Ocean in February. Below-average sea surface temperatures weakened during January, but most of the weekly ENSO indices remained between -0.5 ̊ C and -1.0 ̊ C. Overall, the coupled ocean-atmosphere system reflected a weakening La Niña. According to the latest official NWS update, La Niña is likely to continue into the Northern Hemisphere spring, with a 77% chance of persisting through May 2022. It is likely to then transition to ENSO-neutral in late spring or summer (56% chance during May-July 2022).

According to the Local Storm Reports issued by the local National Weather Service offices serving Florida, there were 21 individual local reports of hazardous weather events recorded across the state during the month of February 2022 (see Table 4 for a breakdown by event type). Though there were few severe weather events during the month, several fatalities occurred. Strong rip currents at Fort Lauderdale Beach led to two injuries and one fatality on the 7th. Later in the month, dense fog led to three fatalities resulting from two car accidents in Flagler County on the 25th. 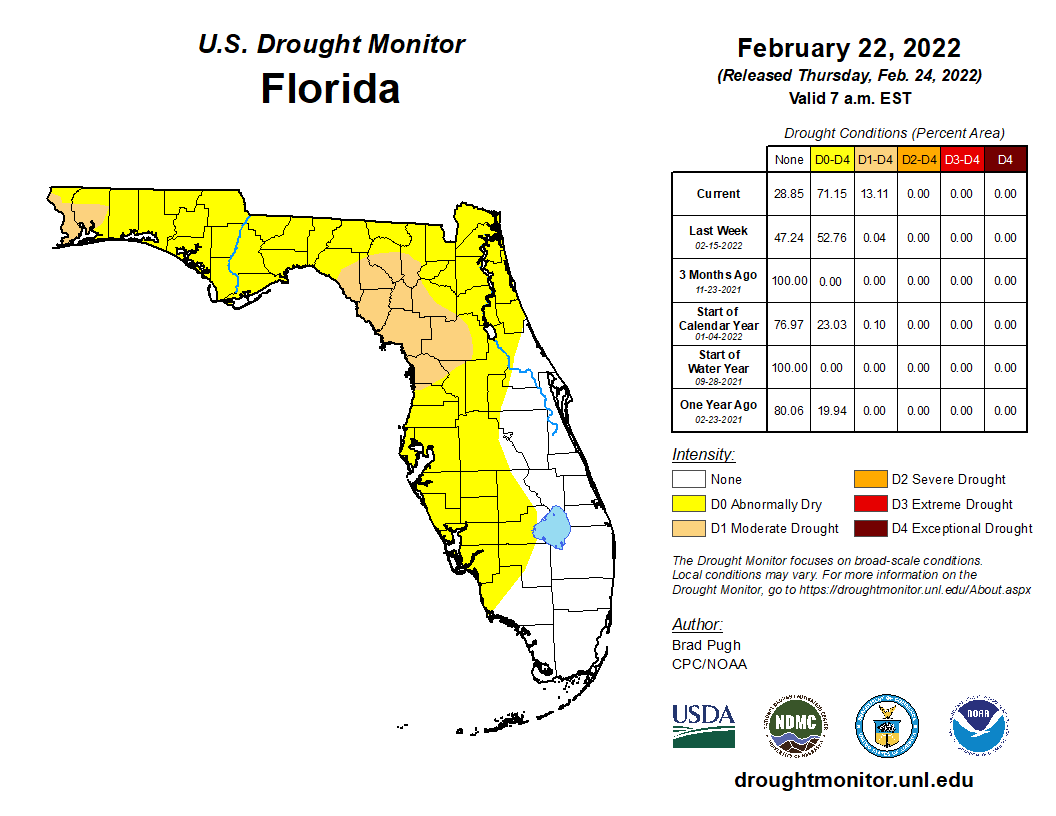 During the month of February, damage to crops and pasture were seen early in the month due to frosts. Pasture conditions were degraded to mostly poor and fair conditions. However, cattle remained in mostly good condition due to supplemental feedings. Sugarcane crop exhibited signs of leaf burn. Strawberry harvest continued, and several citrus and vegetable crops were marketed including white and red grapefruit, tangerines, tomatoes, peppers, eggplant, sweet corn, green beans, avocadoes, and others. For more information, consult the Crop Progress - State Stories reports, which are produced monthly December through March.