Rainfall totals in January were below average for much of the state. The monthly precipitation departures from normal ranged from -2.90 inches in Pensacola to +4.15 inches in Miami (Table 2 and Appendix 1). Most places across the state recorded a precipitation deficit for the month, except for parts of the central Panhandle region and southeastern Florida (Figure 1). The Cape Florida station at Key Biscayne recorded its wettest January on record, with 7.58 inches total, and Fort Lauderdale Beach had its second wettest January on record with 6.49 inches of rainfall for the month.

Figure 1. A graphical depiction of the monthly rainfall departure from normal (inches) for January (courtesy of NOAA, NWS). 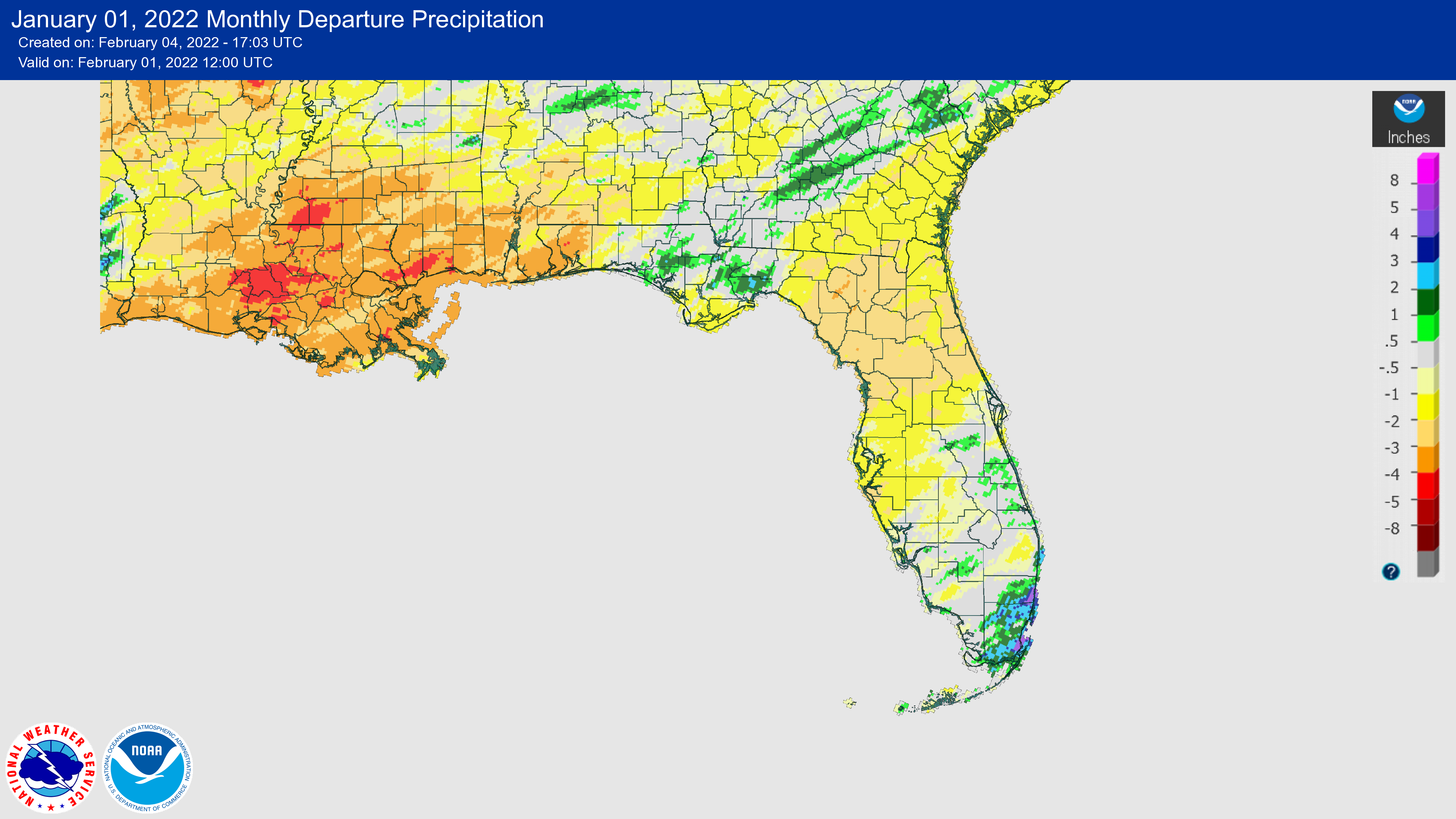 La Niña conditions, the cool phase of the ENSO climate pattern, continued in the tropical Pacific Ocean in January. According to the latest official NWS update, La Niña is likely to continue into the Northern Hemisphere spring (67% change during March-May) and then possibly transition to ENSO-neutral late spring/early summer (51% chance during April-June 2022).

According to the Local Storm Reports issued by the local National Weather Service offices serving Florida, there were 345 individual local reports of hazardous weather events recorded across the state during the month of January 2022 (see Table 4 for a breakdown by event type). Several reports of coastal flooding were reported in Taylor and Dixie Counties on the 3rd. On the 10th, 2-inch sized hail was reported in St. Lucie west of Fort Pierce. Several tornadoes associated with heavy thunderstorms moved through southwest Florida on the 16th, with 6 tornadoes reported in Collier, Lee and Charlotte Counties, including an EF2 tornado in Fort Myers. The tornadoes resulted in three injuries and localized damage.

Table 4. Breakdown of storm reports submitted in Florida during the month of January (compiled from Iowa State University/Iowa Environmental Mesonet). 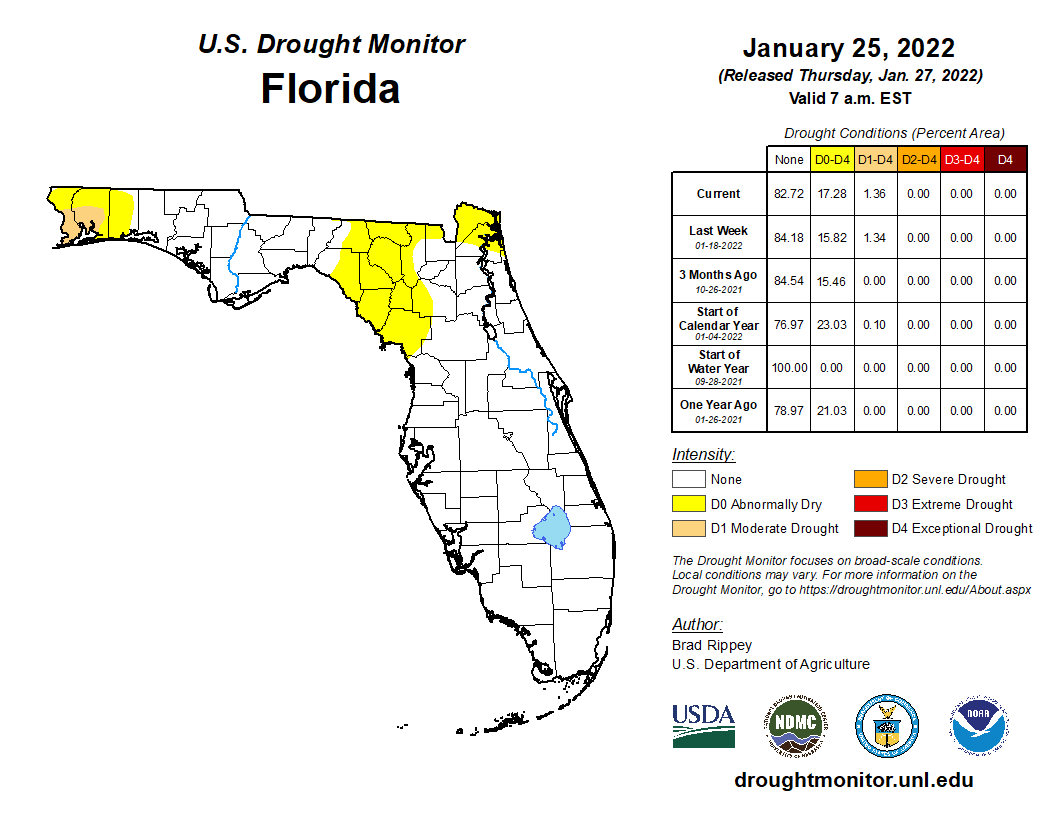 During the month of January, Florida cattle and pasture conditions continued to be mostly fair to good. Dry conditions and several frost events were reported during the month, which caused some damage to cover crops, fruits and vegetables. Sugarcane planting and harvest progressed well. Several citrus fruits were harvested, and several vegetable crops were marketed. For more information, consult the Crop Progress - State Stories reports, which are produced monthly December through March.