Average temperatures in December were well above normal across Florida. Following a colder than normal month of November, December was much warmer with average temperature departures ranging from +9.1 ̊F in Pensacola to +2.5 ̊F in Key West for the month (see Table 1 and Appendix 1 for select cities). Pensacola had its top warmest December on record, while the Gainesville, Orlando, and Tampa areas saw their second warmest Decembers on record. Several daily high maximum and high minimum temperature records were set throughout the month (see appendix 2).

Rainfall totals in December were below normal throughout much of the state (Figure 1). Drier conditions closed out the year, with monthly departures from normal ranging from -0.40 inches in Orlando to -3.82 inches in Pensacola (Table 2 and Appendix 1). Rainfall totals in inland areas of the state, including Gainesville and Orlando, were near normal for the month.

Figure 1. A graphical depiction of the monthly rainfall departure from normal (inches) for December (courtesy of NOAA, NWS). 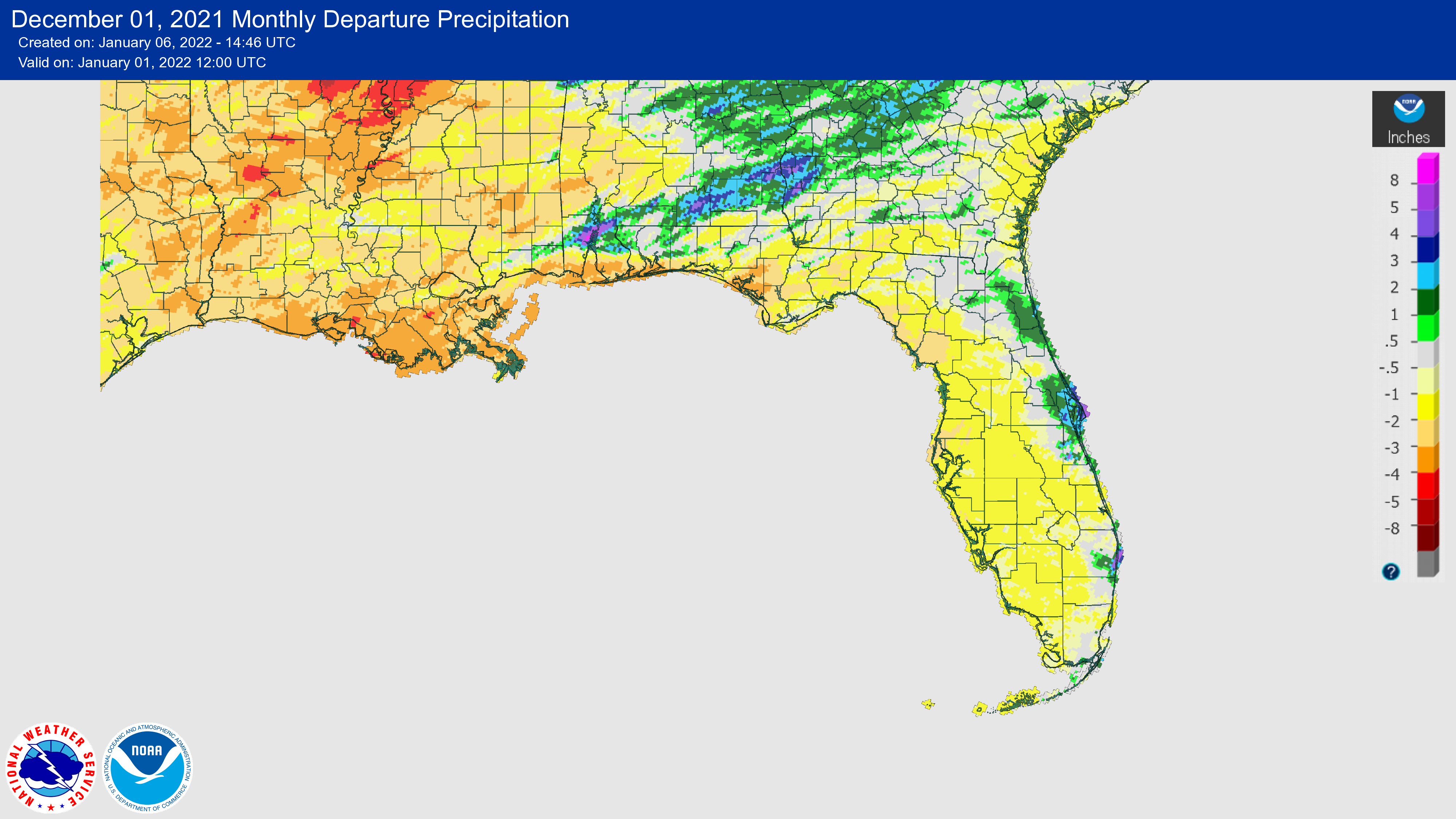 La Niña conditions, the cool phase of the ENSO climate pattern, continued in the tropical Pacific Ocean in December. Below-average subsurface temperatures (averaged from 180-100°W) strengthened significantly over the past month, and the sea surface temperature in the Niño-3.4 region of the tropical Pacific was about 0.9 °C cooler than the long-term (1991–2020) average. There is a 95% chance of La Niña conditions continuing through the Northern Hemisphere winter, and it is anticipated to transition to ENSO-neutral during the spring 2022 (~60% during April-June).

According to the Local Storm Reports issued by the local National Weather Service offices serving Florida, there were 46 individual local reports of hazardous weather events recorded across the state during the month of December (see Table 4 for a breakdown by event type). Tornadoes caused damage to homes in Starke and Freeport on the 8th, and another tornado report in Lee County on the 21st that led to one injury. On the 6th, dense fog in Quincy led to a collision that resulted in two fatalities; visibility was under one-quarter mile.

Table 4. Breakdown of storm reports submitted in Florida during the month of December (compiled from Iowa State University/Iowa Environmental Mesonet). 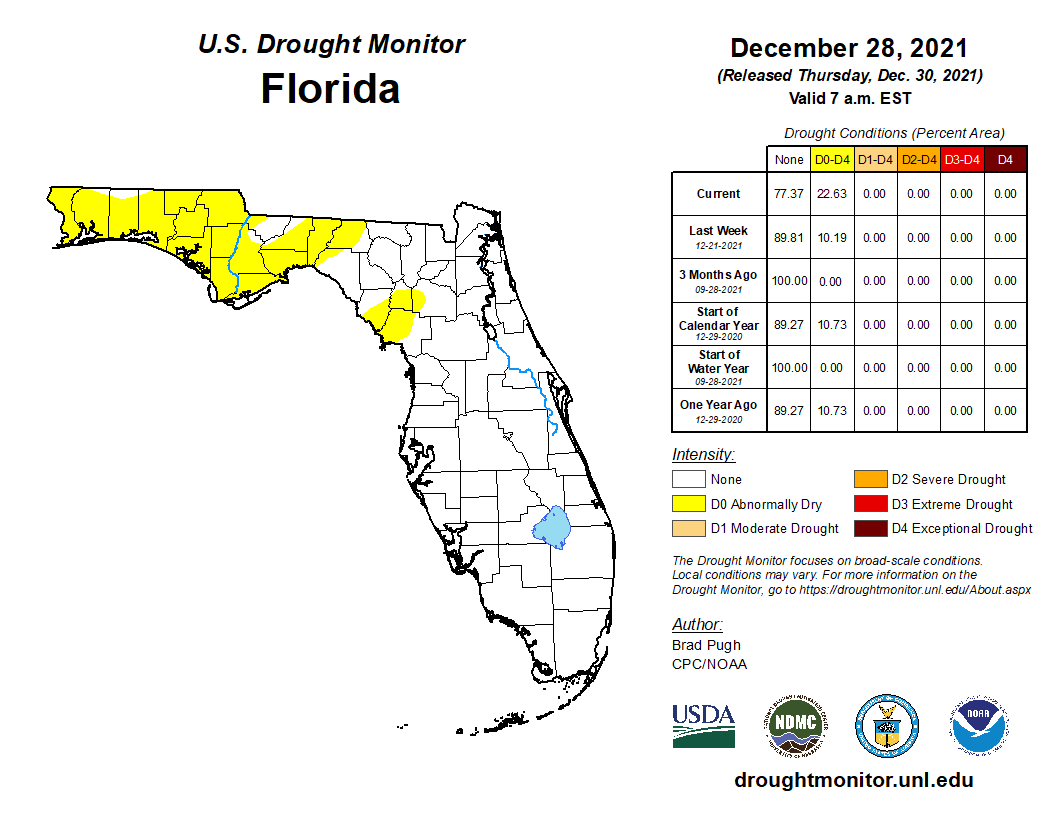 During the month of December, Florida pasture conditions remained mostly fair to good due to unseasonably warm weather. Cattle conditions also remained mostly good during the month, and sugarcane planting and harvest progressed well. Toward the end of the month, disease in the southern region of the state continued due to heavy fog. Many citrus fruits were harvested, and several vegetable crops came to market. For more information, consult the Crop Progress - State Stories reports, which are produced monthly December through March.