Rainfall totals in November were below normal in the Panhandle and above normal across the Peninsula (Figure 1). Monthly departures from normal ranged from -4.11 inches in Pensacola to +2.41 inches in Orlando (Table 2 and Appendix 1). Much of the Panhandle was drier than normal, and the western Panhandle broke its wet streak with above normal precipitation for the past several months. Pensacola has had wetter than normal conditions since April, but it experienced its fourth driest November on record. Pensacola maintains a surplus in annual rainfall due to excessive rainfall in prior months with an annual total of 86.65 inches so far, which is just shy of 24 inches above normal to date. Venice and Hollywood had their second wettest Novembers on record.

Figure 1. A graphical depiction of the monthly rainfall departure from normal (inches) for November (courtesy of NOAA, NWS). 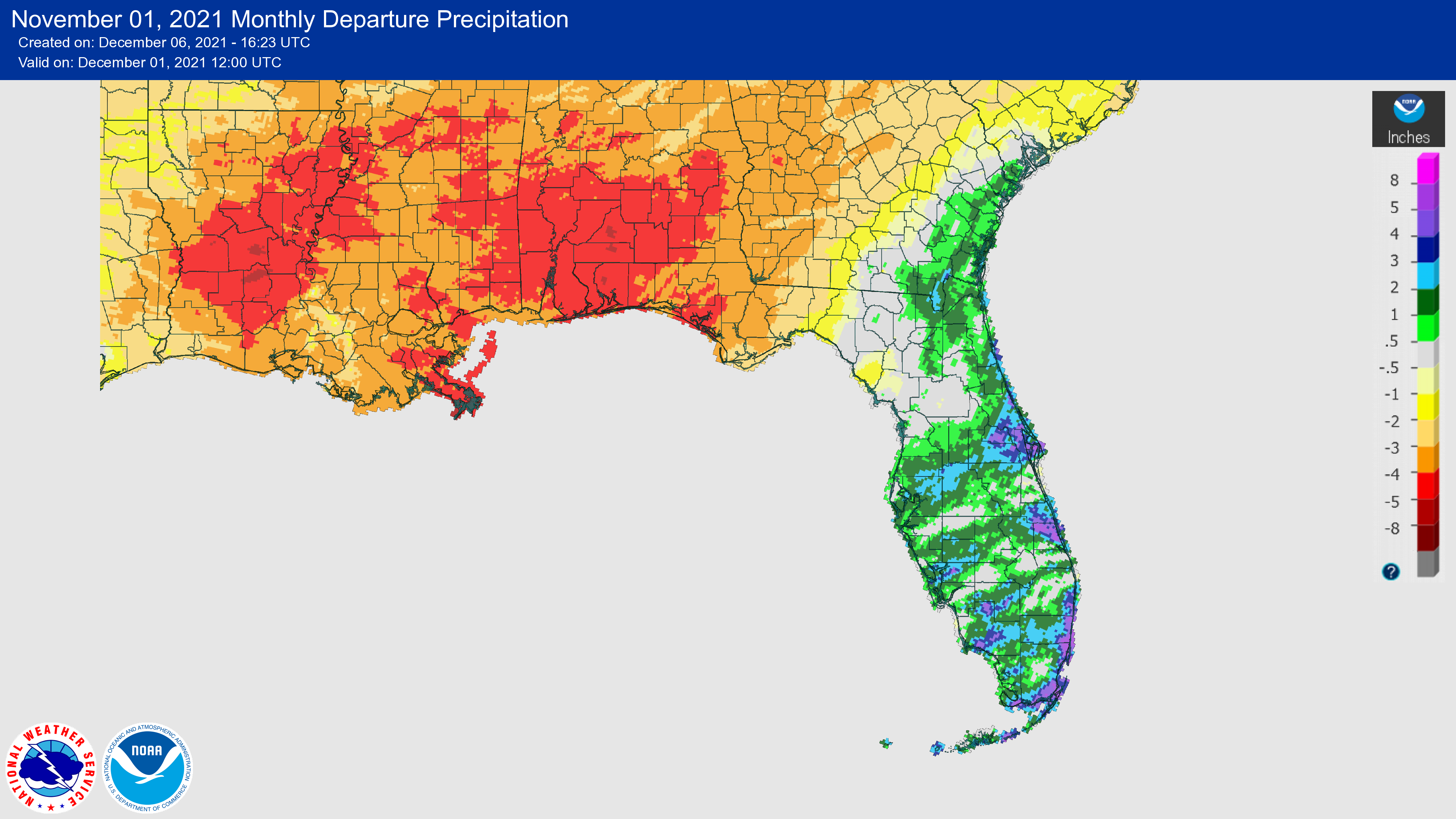 La Niña conditions, the cool phase of the ENSO climate pattern, returned to the tropical Pacific Ocean in October. Below-average subsurface temperatures (averaged from 180-100°W) strengthened significantly over the past month, as negative anomalies were observed at depth across most of the central and eastern Pacific Ocean. There is now a 90% chance of La Niña conditions continuing in the Northern Hemisphere winter, and it is likely to continue into spring 2022 (~50% during March-May). At its peak, a moderate-strength La Niña is favored. ENSO-neutral conditions could potentially return during April-June 2022.

According to the Local Storm Reports issued by the local National Weather Service offices serving Florida, there were 209 individual local reports of hazardous weather events recorded across the state during the month of November (see Table 4 for a breakdown by event type). Heavy rain affected several parts of the state on the 5th and 6th, including Volusia and Collier Counties which experienced over 7 and 9 inches of rainfall, respectively. Further, high water levels caused coastal flooding in several places across the state on the 7th. The Mayport tide gauge in Duval County reached its 6th highest water level on record at 2.51 feet above MHHW, and the Fernandina Beach tide gauge reached its 7th highest water level on record, reaching 2.93 feet above MHHW. These are the highest water levels ever to occur with a non-tropical weather system. Heavy rainfall again affected parts of the state later in the month. On the 21st, 10-11 inches of rain fell in parts of St. Lucie County near River Park.

Table 4. Breakdown of storm reports submitted in Florida during the month of November (compiled from Iowa State University/Iowa Environmental Mesonet). 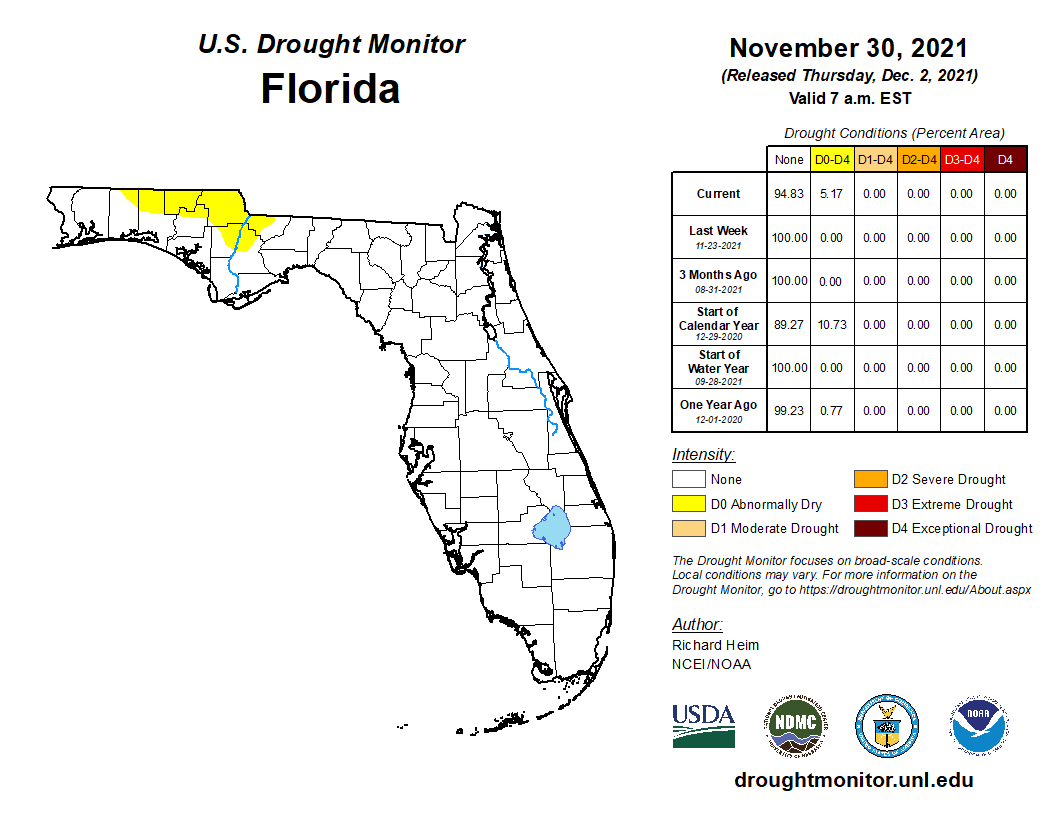