Average temperatures in October were above normal across the state. Average temperature departures ranged from +0.6 ̊F in Key West and Jacksonville to +3.3 ̊F in Orlando for the month (see Table 1 and Appendix 1 for select cities). Tampa, Fort Myers, and Jacksonville Beach had their third warmest Octobers on record, while Orlando had its fourth warmest October on record. Several daily high maximum temperature records were set, and many daily high minimum temperature records were set during the month (see Appendix 2).

Figure 1. A graphical depiction of the monthly rainfall departure from normal (inches) for October (courtesy of NOAA, NWS). 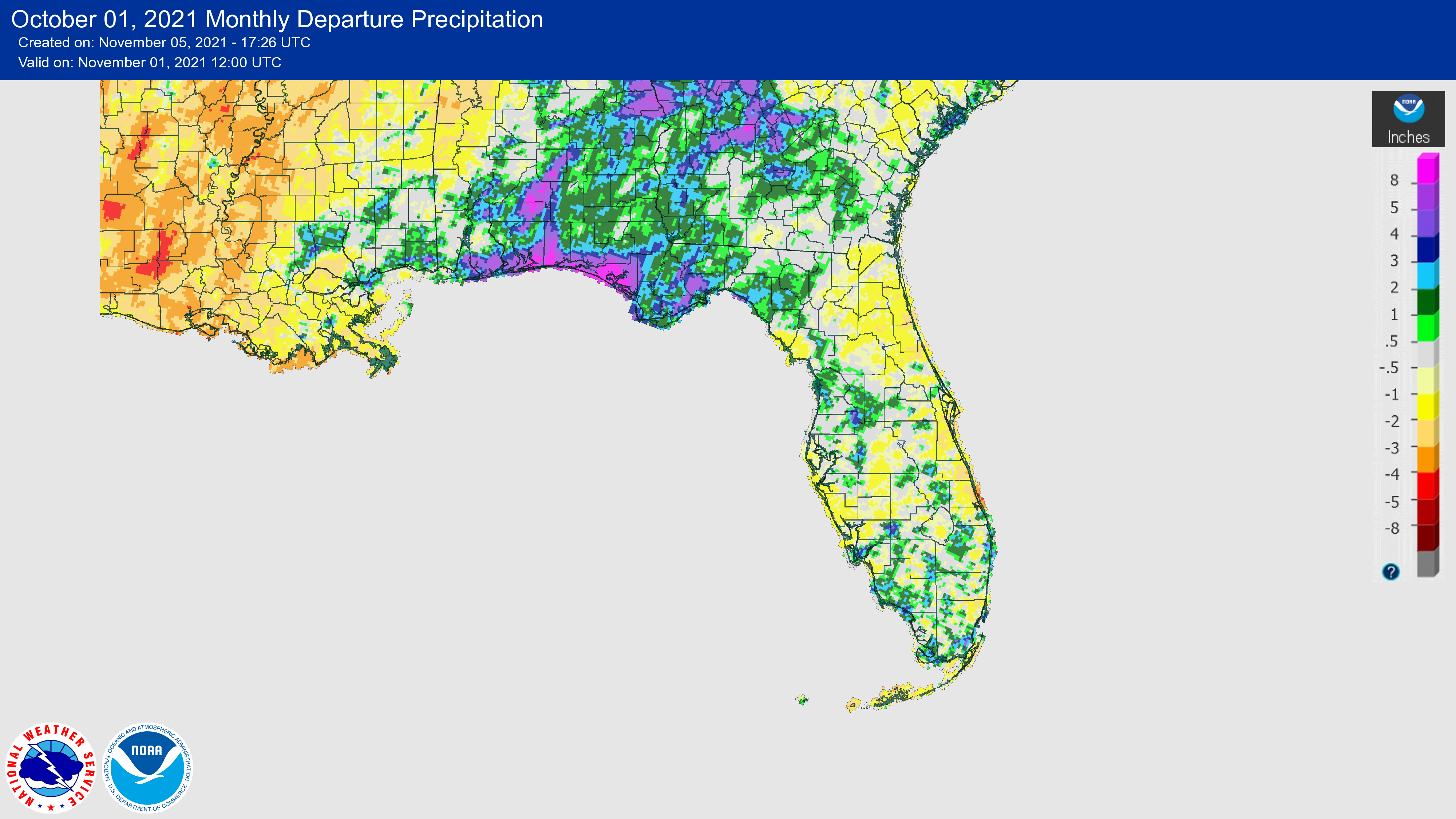 La Niña conditions, the cool phase of the ENSO climate pattern, returned to the tropical Pacific Ocean in October. Below-average subsurface temperatures (averaged from 180-100°W) strengthened significantly over the past month, as negative anomalies were observed at depth across most of the central and eastern Pacific Ocean. There is an 87% chance of La Niña conditions continuing in the Northern Hemisphere winter from December 2021 – February 2022. At its peak, a moderate-strength La Niña is favored. ENSO-neutral conditions are predicted to return during March-May 2022.

According to the Local Storm Reports issued by the local National Weather Service offices serving Florida, there were 201 individual local reports of hazardous weather events recorded across the state during the month of October (see Table 4 for a breakdown by event type). Early in the month, on October 7th, coastal areas of Bay County received daily rainfall amounts of between 3.55 and 8.67 inches of rainfall with reports of heavy rain and flash flooding. Despite reports of flooding, strong wind gusts, and two tornadoes throughout the month, no injuries or fatalities were reported.

Table 4. Breakdown of storm reports submitted in Florida during the month of October (compiled from Iowa State University/Iowa Environmental Mesonet). 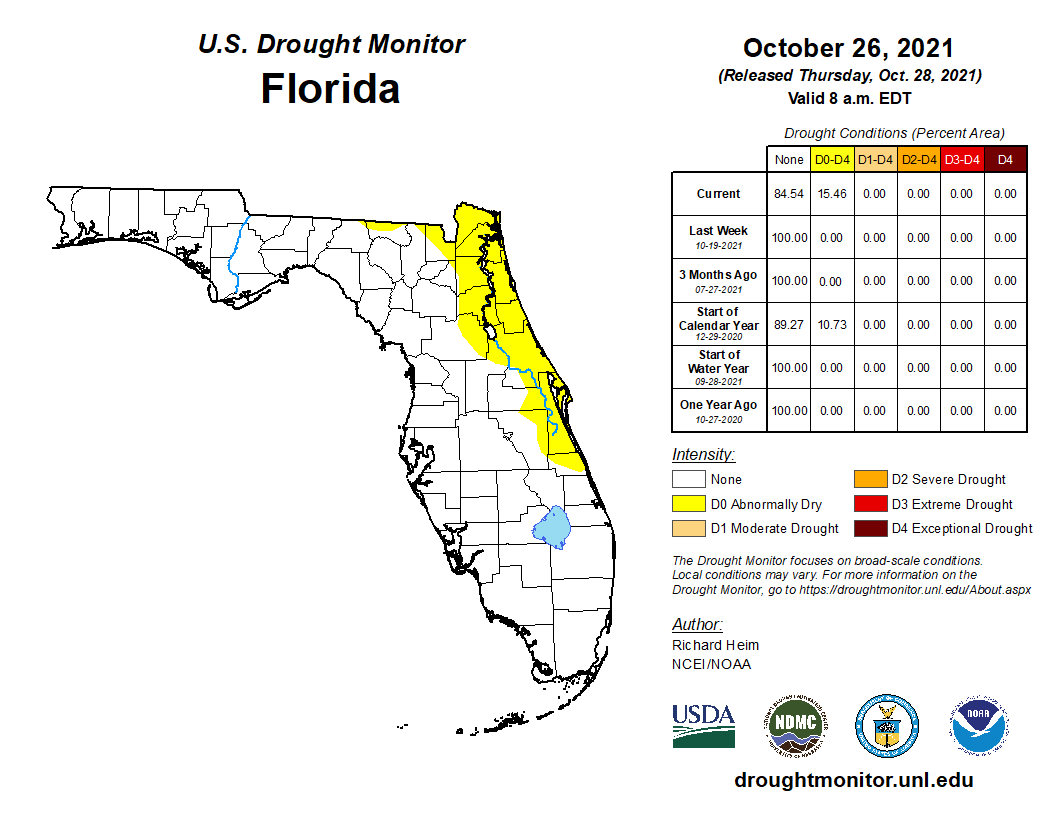