Average temperature departures in August were near or above normal across the state. Average temperature departures ranged from -0.8 ̊F in Key West to +2.2 ̊F in Orlando for the month (see Table 1 and Appendix 1 for select cities). Clermont had its warmest August on record; Jacksonville Beach and Lakeland had their second warmest Augusts on record; Orlando, Lakeland, and Tampa had their third warmest Augusts on record. Several daily high maximum and daily high minimum temperature records were set during the month (see Appendices 2 and 3).

Rainfall totals in August were mixed, with above normal rainfall in the western Panhandle and north Florida regions and below normal rainfall across much of the central and southern portions of the state. Precipitation departures from normal ranged from -2.29 inches in Miami to +3.49 inches in Pensacola (Table 2 and Appendix 1 for select cities). Lakeland observed its driest August on record, and Fort Lauderdale recorded its third driest August on record. Daytona Beach had its second wettest August on record at 10.96 inches. Tropical Storm Fred, which impacted the Panhandle region on the 16th, resulted in flash flooding and heavy rain. Rainfall of 4.27 inches in 6 hours was reported at Alligator Point in Franklin County and 7.22 inches over 24 hours was reported in Bay County on the 16th. In the Pensacola area, annual rainfall to date is just shy of 15 inches above normal.

Figure 1. A graphical depiction of the monthly rainfall departure from normal (inches) for August (courtesy of NOAA, NWS). 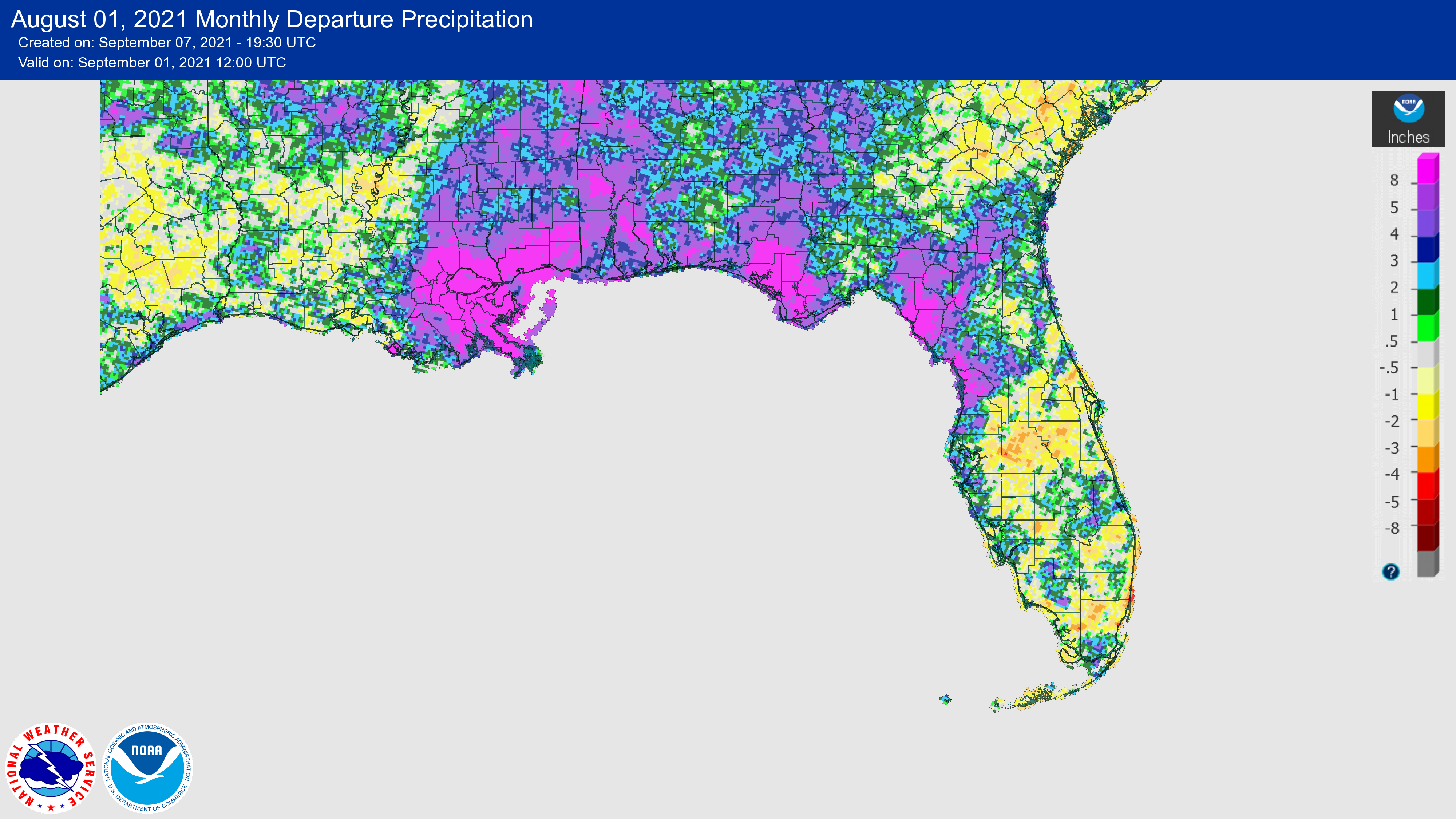 A transition from ENSO-neutral to La Niña is favored in the next couple of months, with a 70-80% chance of La Niña during the Northern Hemisphere winter 2021-22. Over the last month, ENSO-neutral conditions continued with near-to-below average sea surface temperatures persisting in the central and eastern equatorial Pacific. The latest Niño index values ranged from -0.2 °C to -0.3 °C. As of now, forecasters anticipate La Niña to be of weak strength (seasonal average Niño-3.4 index values between -0.5°C to -0.9°C).

According to the Local Storm Reports issued by the local National Weather Service offices serving Florida, there were 700 individual local reports of hazardous weather events recorded across the state during the month of June (see Table 4 for a breakdown by event type). There were many reports of strong thunderstorm wind gusts and flooding throughout the month. Tropical Storm Fred impacted much of the Florida Panhandle on August 16 with rain bands and strong wind gusts of more than 50 mph in places. One injury was reported in Bay County when a tree fell on a car. Lightning strikes resulted in several injuries during the month. Two people were hospitalized with injuries after being struck by lightning at Saint Petersburg Beach on the 12th and two more people suffered injuries after being struck by lightning in Clearwater and Safety Harbor on the 13th. A fatality resulted when a kitesurfer was blown off course and launched into a building at Fort Lauderdale Beach due to strong thunderstorms with gusty winds in the area.

Table 4. Breakdown of storm reports submitted in Florida during the month of August (compiled from Iowa State University/Iowa Environmental Mesonet).

Throughout the month of August, drought did not impact any part of Florida, according to the U.S. Drought Monitor. The past few months have provided sufficient rainfall to prevent abnormally dry or drought conditions from developing. 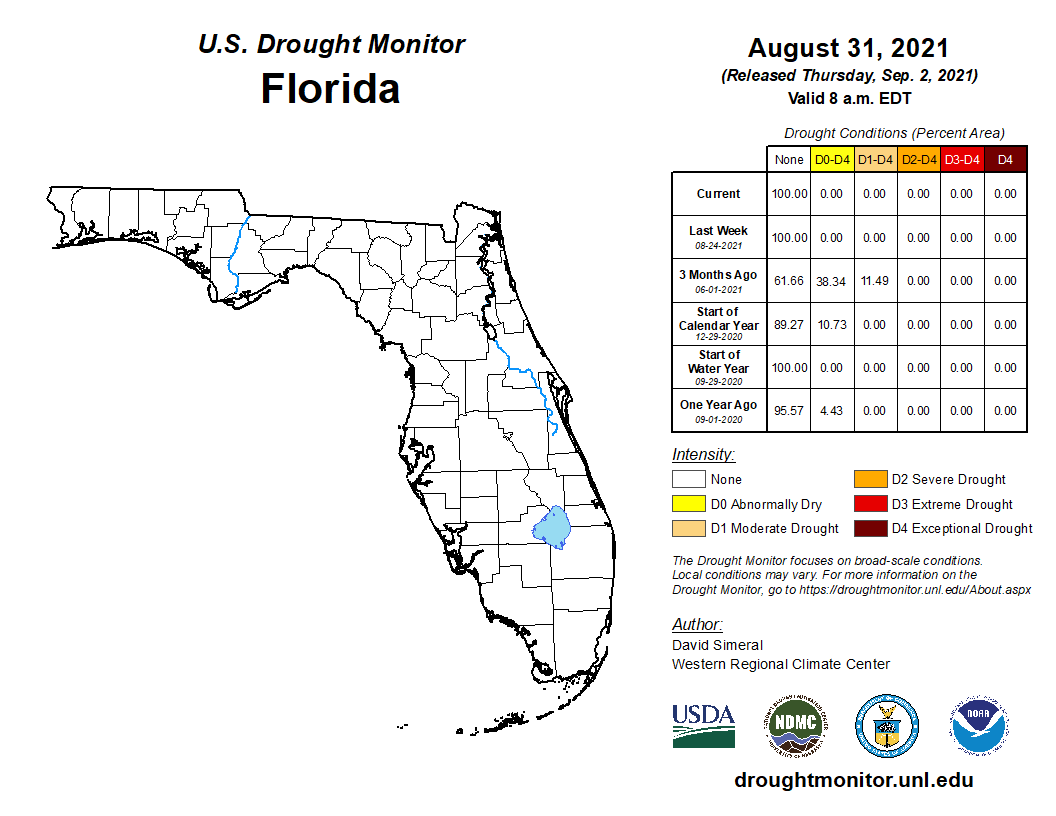