Rainfall totals in July varied, with many areas receiving well above normal rainfall but some areas were below normal. Much of Florida received above normal rainfall, including the western Panhandle, northern and central Florida, and south-central parts of the state (Figure 1). Hurricane Elsa impacted many parts of the state from July 5-7, which brought heavy rain particularly across north central Florida as it made landfall in Taylor County. Monthly departures from normal ranged from +4.02 inches in Key West to -2.61 inches in Tallahassee (Table 2 and Figure 1). Several daily rainfall records were set during the month of June; the highest recorded daily rainfall during the month occurred on the 6th with 9.01 inches of rain at Mountain Lake.

Figure 1. A graphical depiction of the monthly rainfall departure from normal (inches) for July (courtesy of NOAA, NWS). 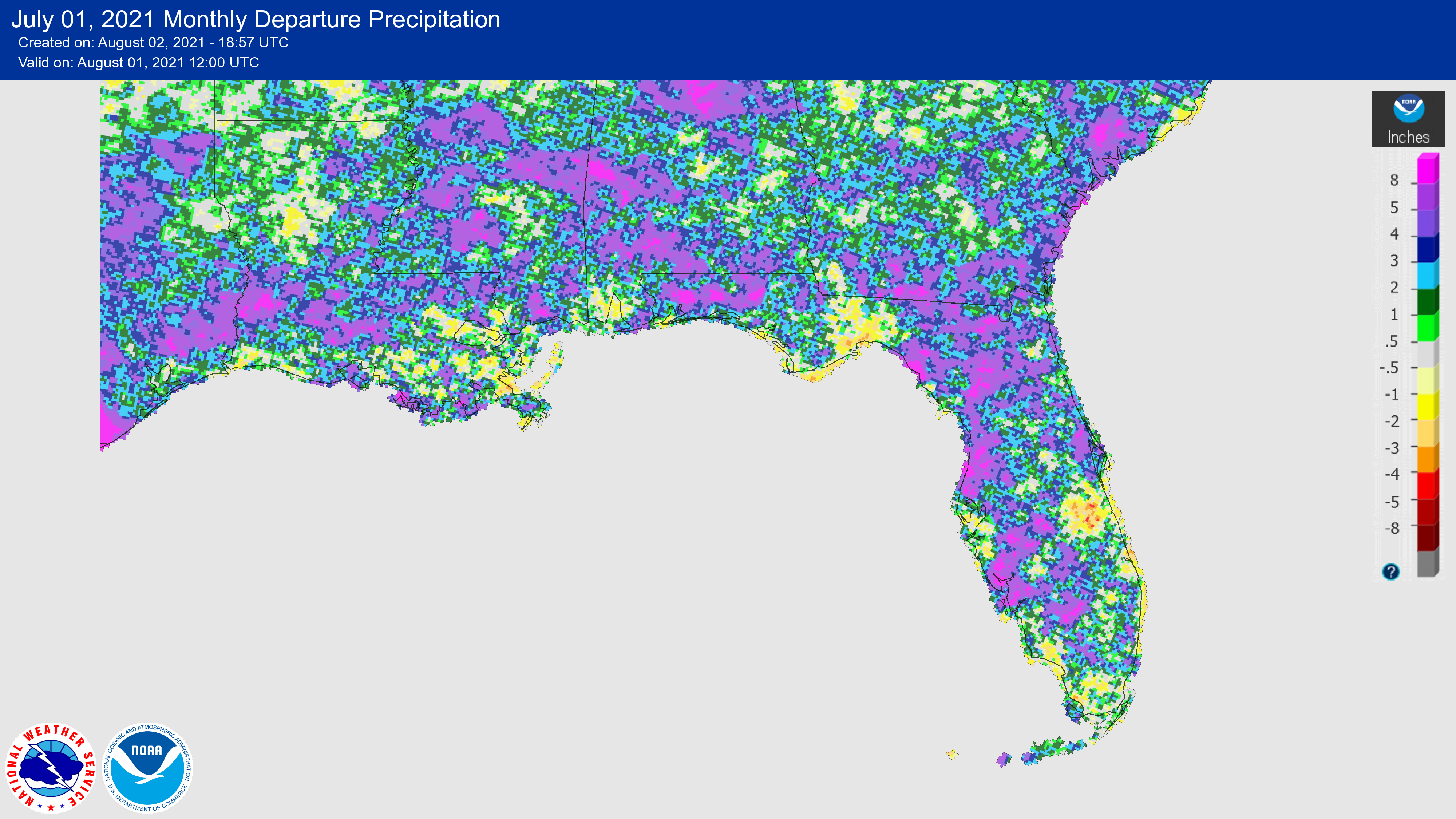 ENSO-neutral conditions currently exist and are likely to remain through the summer and early fall (51% chance August-October). There is a higher chance that La Niña conditions will redevelop during the fall (September-November) and last through the winter season (~70% chance during November-January).

According to the Local Storm Reports issued by the local National Weather Service offices serving Florida, there were 433 individual local reports of hazardous weather events recorded across the state during the month of July (see Table 4 for a breakdown by event type). Hurricane Elsa impacted parts of south, central and northern areas of the state from July 5-7 with heavy rainfall, localized flooding, riverine flooding in north and central Florida, and storm surge. There was one fatality reported in Jacksonville due to a fallen tree. Elsa made landfall in Cuba as a tropical storm and then briefly regained hurricane status over the Gulf of Mexico before making another landfall as a tropical storm in the eastern Florida Panhandle in Taylor County.

Table 4. Breakdown of storm reports submitted in Florida during the month of July (compiled from Iowa State University/Iowa Environmental Mesonet).

As of the end of July, drought was not impacting any part of the state. From early to mid-July, a small pocket of abnormally dry conditions persisted in the southern tip of the Peninsula, but by end of July this had dissipated. According to the U.S. Drought Monitor, just 1.13% of the southern part of the state was experiencing abnormally dry conditions (D0) but with continued rainfall during the wet season this has been alleviated. 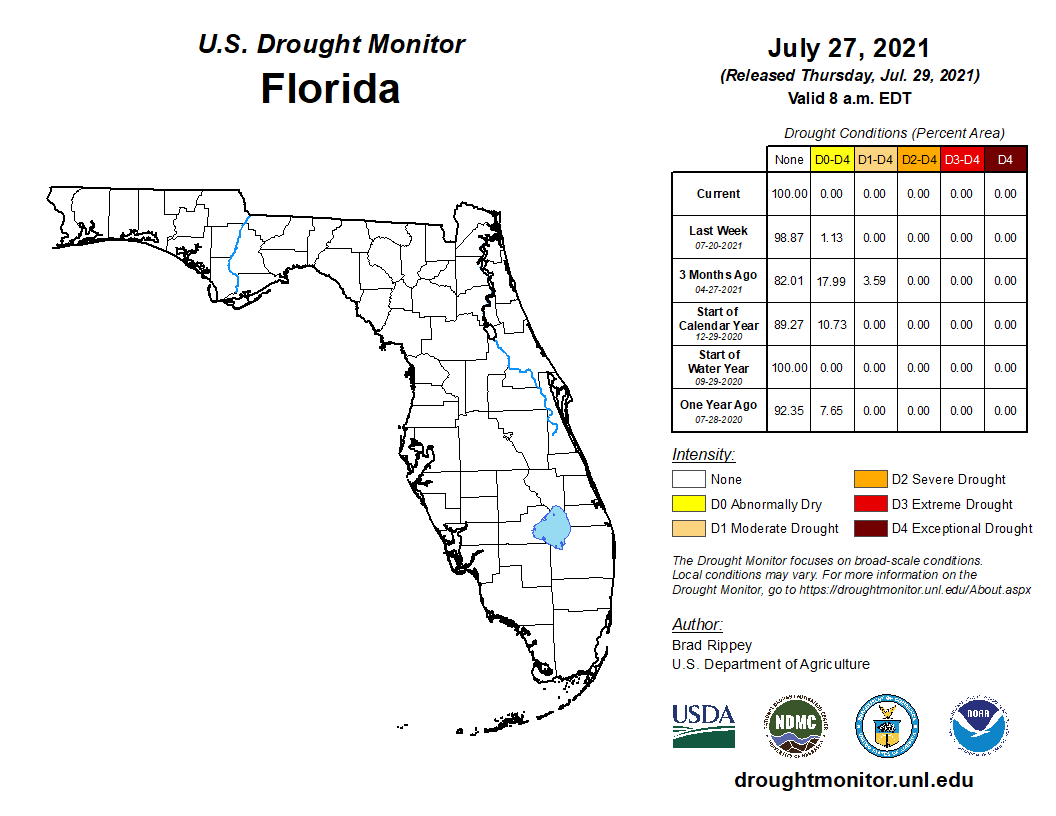