Rainfall departures from normal in June were mixed, with many areas well above normal and other areas slightly below normal. Rainfall across the state increased in June compared to the previous month with the onset of the wet season, which provided drought relief to some parts of south Florida though much of the southern Peninsula still had below normal rainfall (Figure 1). Monthly departures from normal ranged from +5.23 inches in Tampa to -1.93 inches in Miami (Table 2 and Appendix 1). The Panhandle was particularly wet during the middle to latter part of the month as Tropical Storm Claudette impacted the western Panhandle on the 19th, which was followed by a slow-moving cold front that produced heavy rainfall and thunderstorms and led to flash flooding in the area. Pensacola set a new one-day rainfall record for the 19th with 3.99 inches due to Tropical Storm Claudette. Several additional daily rainfall records were set during the month of June.

Figure 1. A graphical depiction of the monthly rainfall departure from normal (inches) for June (courtesy of NOAA, NWS). 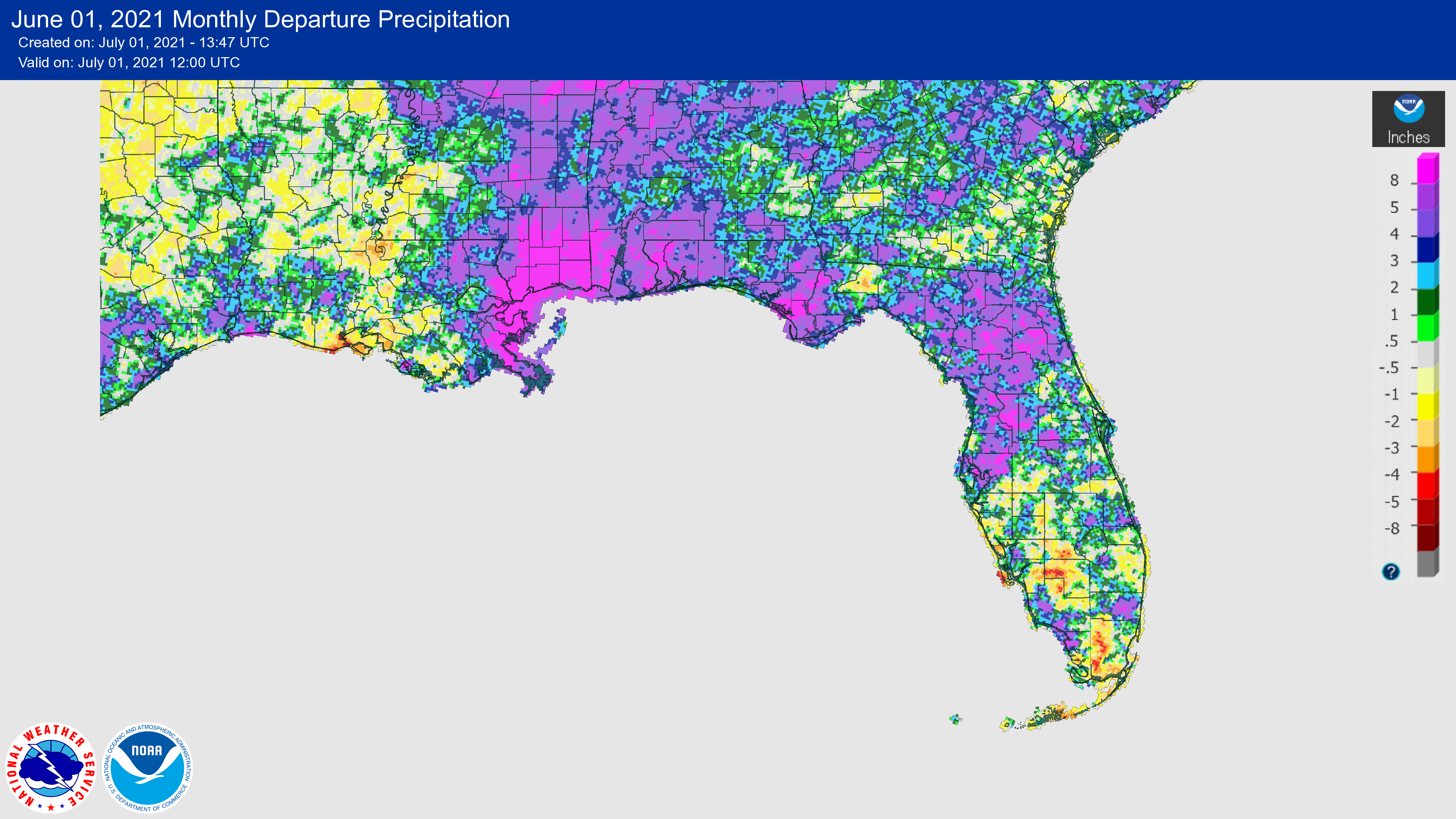 ENSO-neutral conditions currently exist and are likely to remain through the summer (78% chance for June-August). There is more uncertainty in the models after summer based on the latest IRI/CPC models. There is a 51% chance that neutral conditions will persist in the fall (August - October) and a slightly greater chance for La Niña conditions to potentially redevelop during fall and last through the winter season (66% chance during November-January).

According to the Local Storm Reports issued by the local National Weather Service offices serving Florida, there were 447 individual local reports of hazardous weather events recorded across the state during the month of June (see Table 4 for a breakdown by event type). Thunderstorm activity throughout the month resulted in flash flooding and peak wind gusts exceeding 40 mph in several instances. Straight-line winds impacted Brevard County on the 13th when winds were estimated to be between 65-70 mph, which resulted in significant damage to a couple of homes that had their roofs uplifted. Tropical Storm Claudette impacted the western Florida Panhandle on the 19th, with gusts peaking at 81 mph and high surf of 6-12 feet flooded local beaches and roadways. No injuries or fatalities were reported in Florida, though at least 14 people died in Alabama due to the storm.

Table 4. Breakdown of storm reports submitted in Florida during the month of June (compiled from Iowa State University/Iowa Environmental Mesonet). 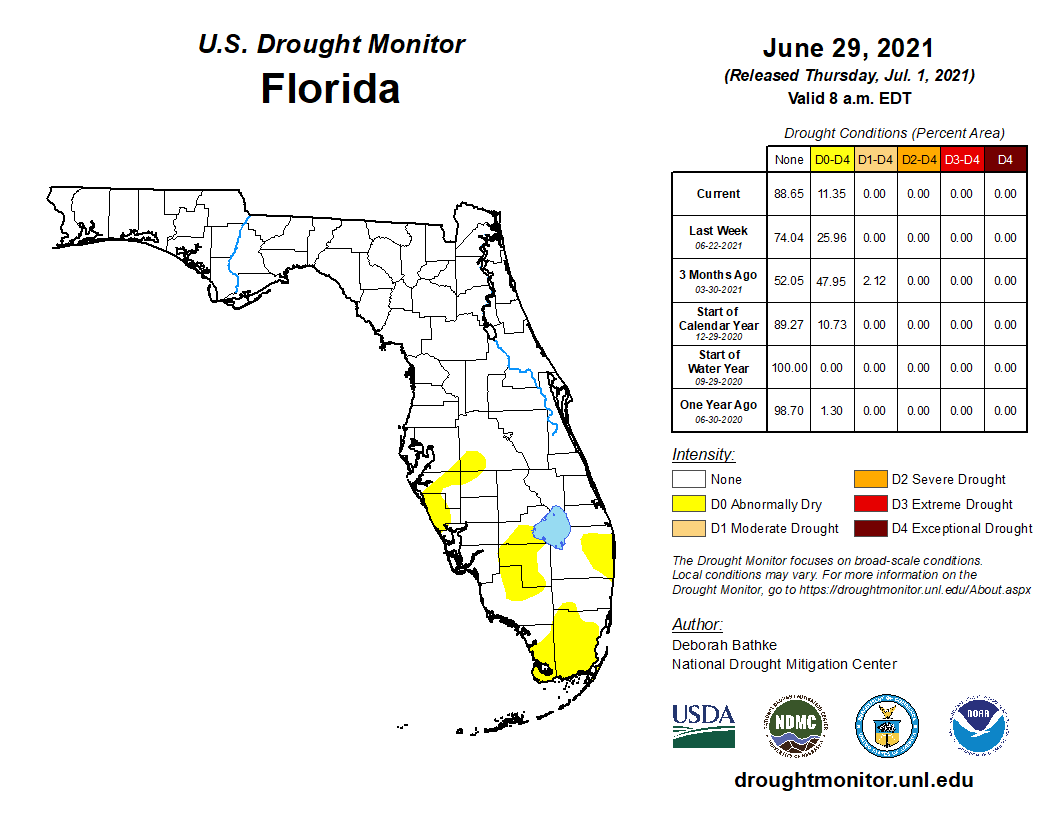