Climate Summary for Florida - May 2021

Table 1.  May average temperatures and departures from normal ( ̊F) for selected cities.

Rainfall totals in May were below normal across the state, especially in parts of south Florida, while the western Panhandle saw a surplus of rainfall. Much of Florida has been drier than normal over the past 90 days, and this trend continued in May (Figure 1). During mid to late May, a blocking pattern emerged over the eastern U.S. with a strong upper-level high pressure system commonly associated with slow-moving and persistent weather patterns. This led to heavy rainfall and wetter-than-normal conditions across the western and central Gulf Coast regions, but dry and hot conditions over Florida and much of the Southeast. The western Panhandle region was the only area with above normal rainfall during May. By the end of the month, south Florida had gone over 3 weeks without any measurable rainfall. Monthly departures from normal ranged from +4.59 inches in Pensacola to -4.30 inches in West Palm Beach (Table 2 and Appendix 1). Orlando and Ft. Myers had their driest May on record with 0.17 and 0.04 inches of rainfall, respectively. Several other cities ranked among the driest on record for May as well, including Lakeland (2nd driest), Homestead (4th driest), West Palm Beach (5th driest), and Ft. Pierce (3rd driest).

Table 2. May precipitation totals and departures from normal (inches) for selected cities.

Figure 1. A graphical depiction of the monthly rainfall departure from normal (inches) for May (courtesy of NOAA, NWS). 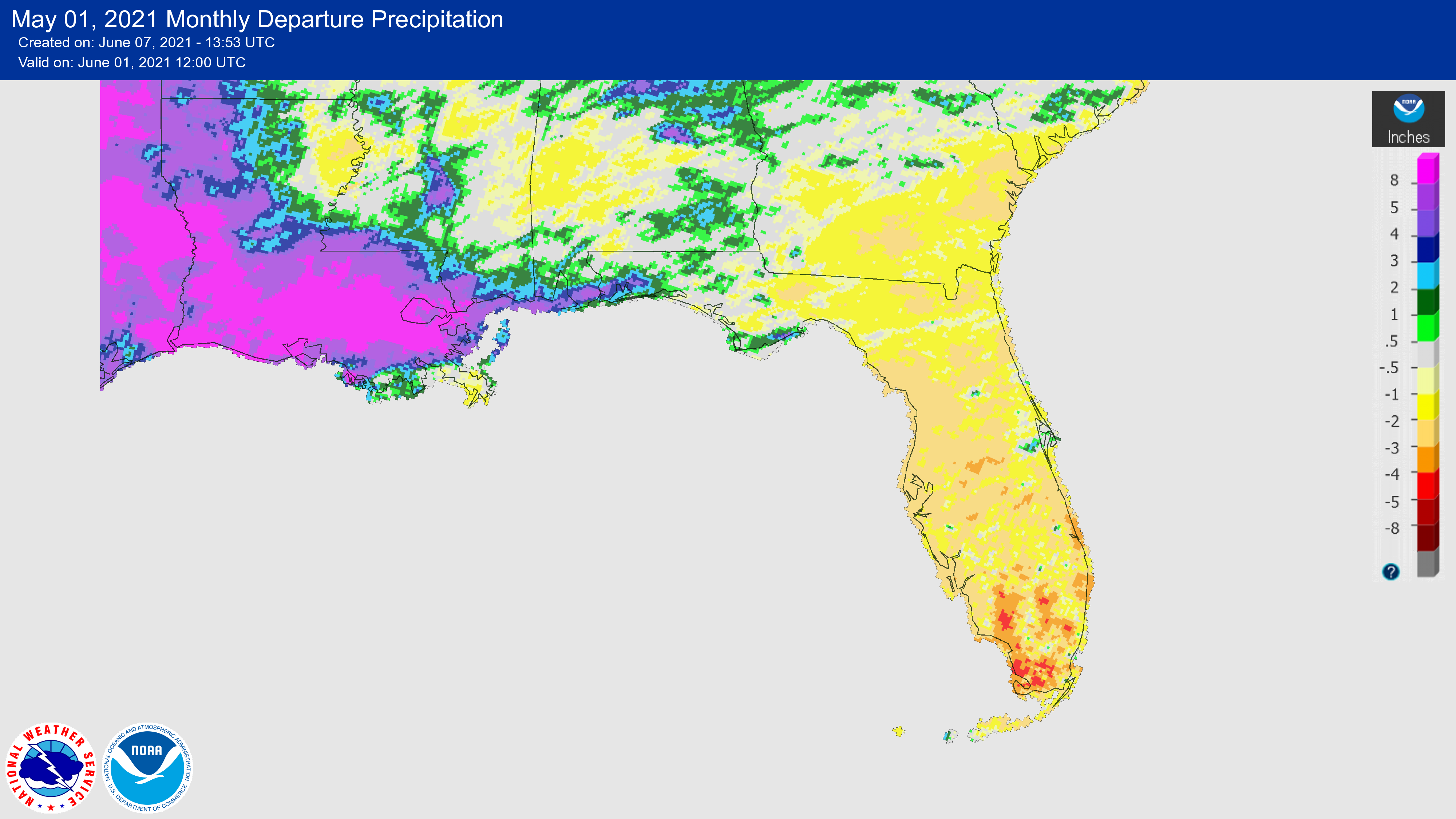 The La Niña advisory ended in early May, shifting to ENSO-neutral conditions. Neutral conditions are expected to persist through summer (67% chance June-August), with more uncertainty in the models after summer based on the latest IRI/CPC models. There is a chance for La Niña conditions to redevelop during late fall or winter (50-55% chance), but given large uncertainty confidence in ENSO-neutral for the coming seasons is highest.

According to the Local Storm Reports issued by the local National Weather Service offices serving Florida, there were 127 individual local reports of hazardous weather events recorded across the state during the month of May (see Table 4 for a breakdown by event type). Severe storms swept through the Panhandle on May 10th, and lightning struck I-10 causing an accident and two injuries. Wildfires were active throughout the month. As of May 25, there were 61 active wildfires across the state with most of those contained, according to the Florida Forest Service. The Indian River County fire, known as the Tree Frog Fire, has burned roughly 800 acres and shut down I-95 for part of a day. In addition, wildfires have destroyed or damaged homes in multiple counties including St. Lucie, Marion and Collier Counties.

Table 4. Breakdown of storm reports submitted in Florida during the month of May (compiled from Iowa State University/Iowa Environmental Mesonet). 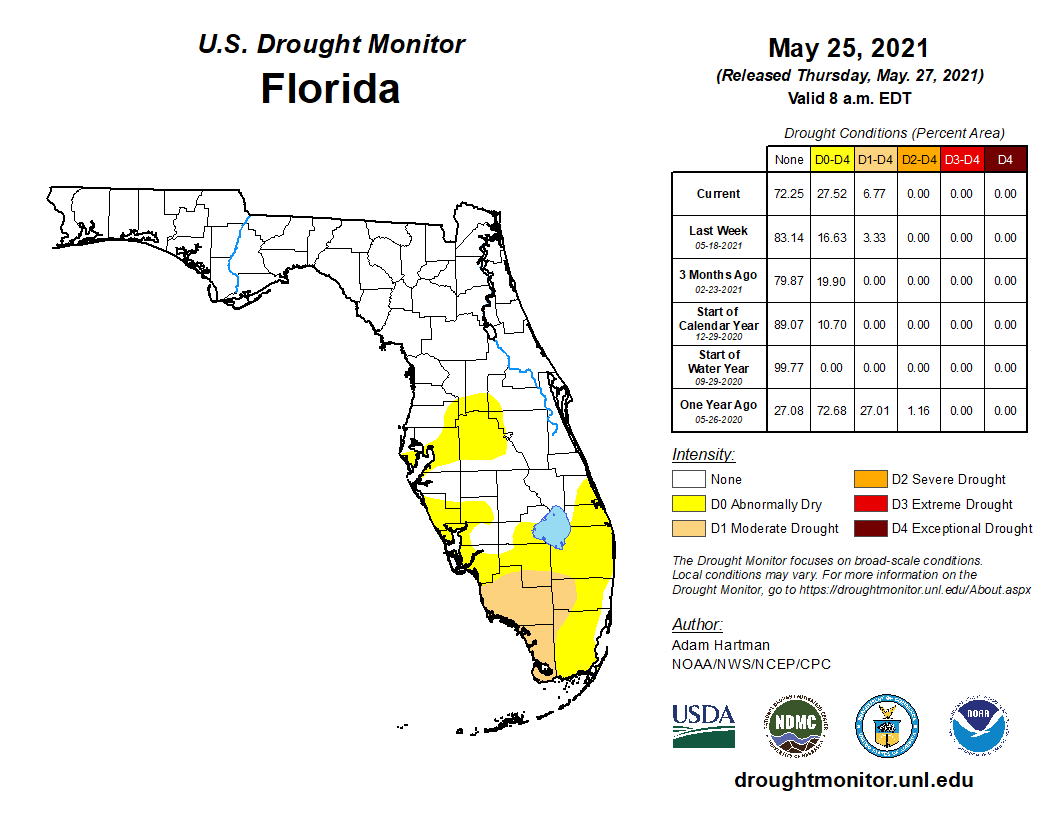