Average temperatures in April were near or below normal across much of the Panhandle and northern parts of the state and above normal across southern Florida. Average temperature departures ranged from -1.3 ̊F in Jacksonville to +2.4 ̊F in Key West for the month (see Table 1 and Appendix 1 for select cities). There were several daily high maximum and high minimum temperature records set during the month, mostly across the Florida Peninsula (see Appendices 2 and 3).

Rainfall totals in April were above normal across most of the state but below normal in parts of south Florida (Figure 1). Monthly departures from normal ranged from -0.94 inches in Key West to +5.97 inches in Pensacola (Table 2 and Appendix 1). Hastings observed its third wettest April on record; Orlando had its fourth wettest April; and Pensacola had its fifth wettest April on record. Many daily precipitation records were also set. Pensacola recorded the highest daily rainfall amount during the month, which occurred on the 10th with 4.03 inches, beating its previous record of 2.61 inches on that day in 1959.

Figure 1. A graphical depiction of the monthly rainfall departure from normal (inches) for April (courtesy of NOAA, NWS). 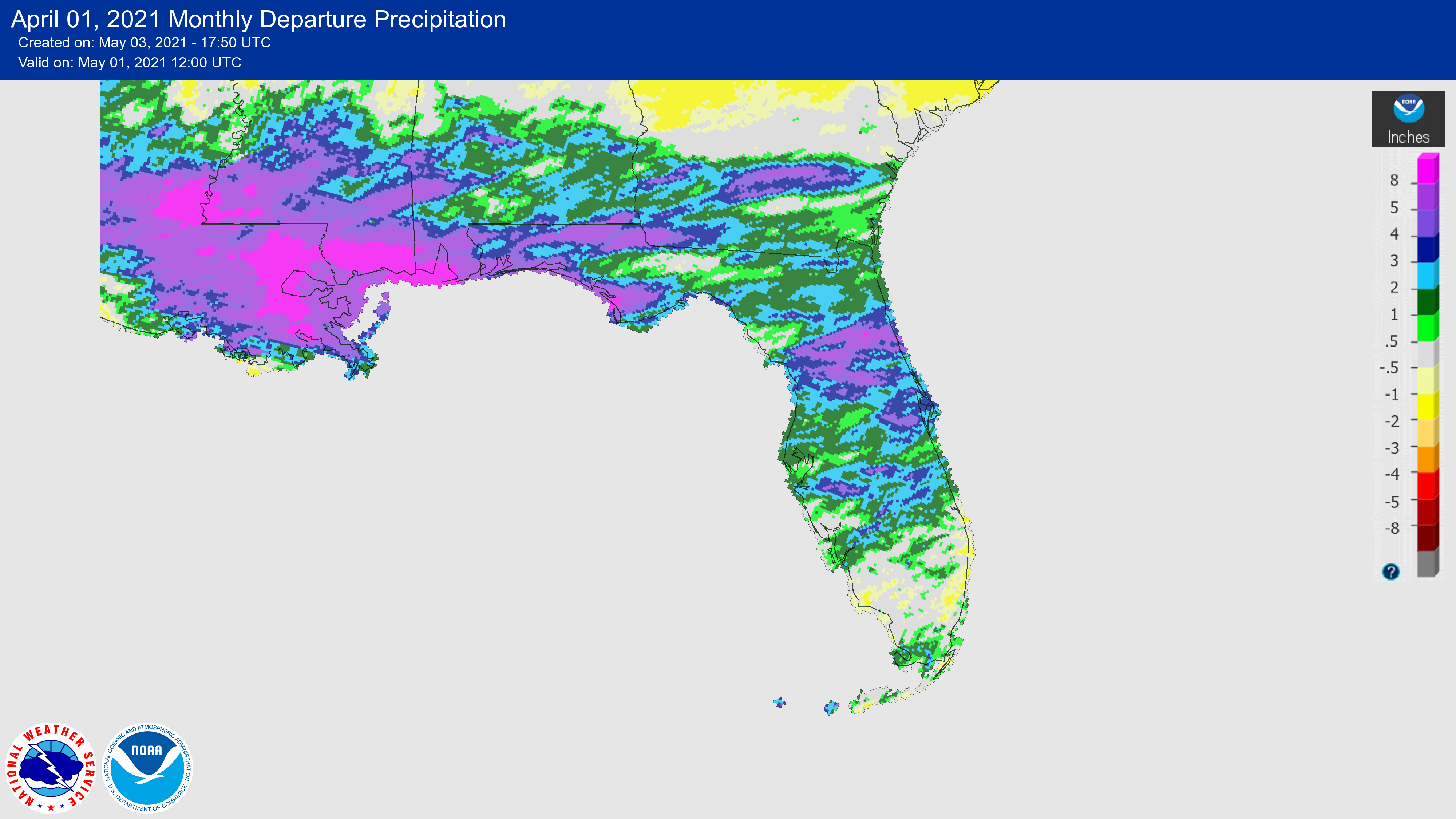 La Niña conditions continued during April with below average sea surface temperatures over the tropical east-central to eastern Pacific Ocean. However, forecasters estimate a shift to ENSO-neutral conditions is likely in the next month or so (an ~80% chance during May-July). ENSO-neutral conditions are then expected to continue at least through the Northern Hemisphere summer.

According to the Local Storm Reports issued by the local National Weather Service offices serving Florida, there were 449 individual local reports of hazardous weather events recorded across the state during the month of April (see Table 4 for a breakdown by event type). Severe weather swept through the southern U.S. on April 9-10, resulting in at least 3 fatalities, damaging buildings, and leaving thousands without power in Florida. NWS confirmed 4 tornadoes in the Panhandle during that weekend, along with high winds and quarter to just under golf ball-sized hail. A wildfire was reported in Homestead on the 30th with no immediate threats or endangerments.

Table 4. Breakdown of storm reports submitted in Florida during the month of April (compiled from Iowa State University/Iowa Environmental Mesonet). 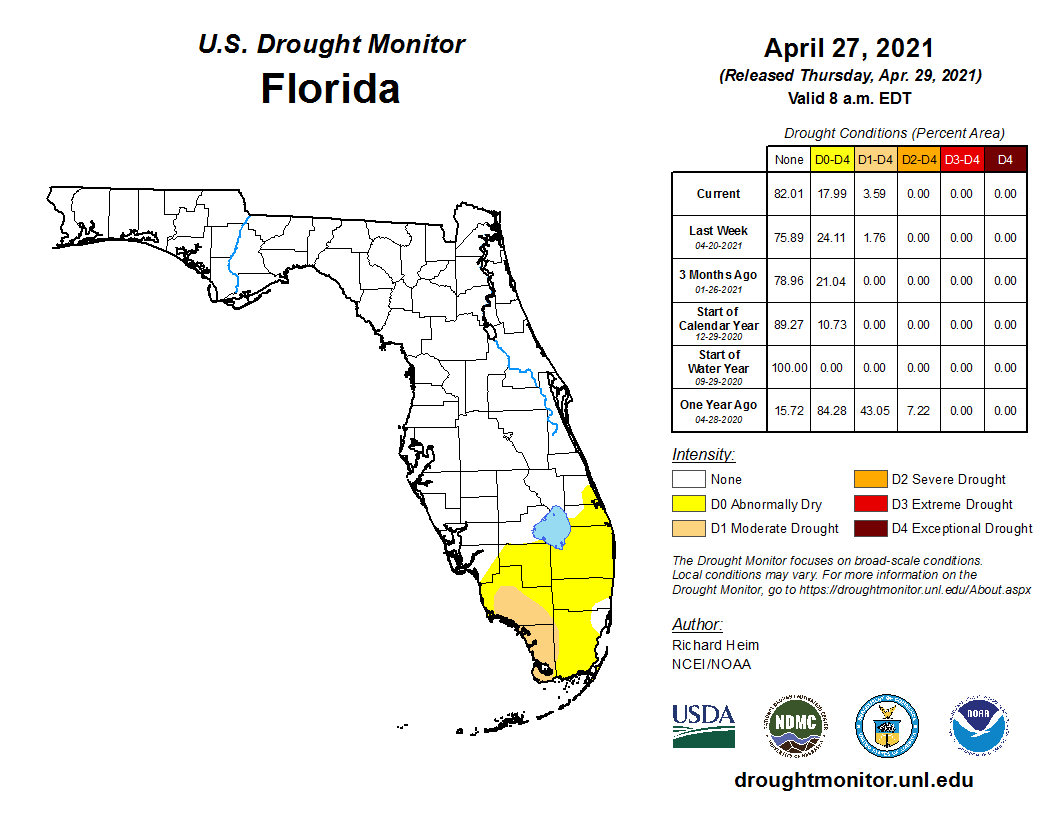