Figure 1. A graphical depiction of the monthly rainfall departure from normal (inches) for March (courtesy of NOAA, NWS). 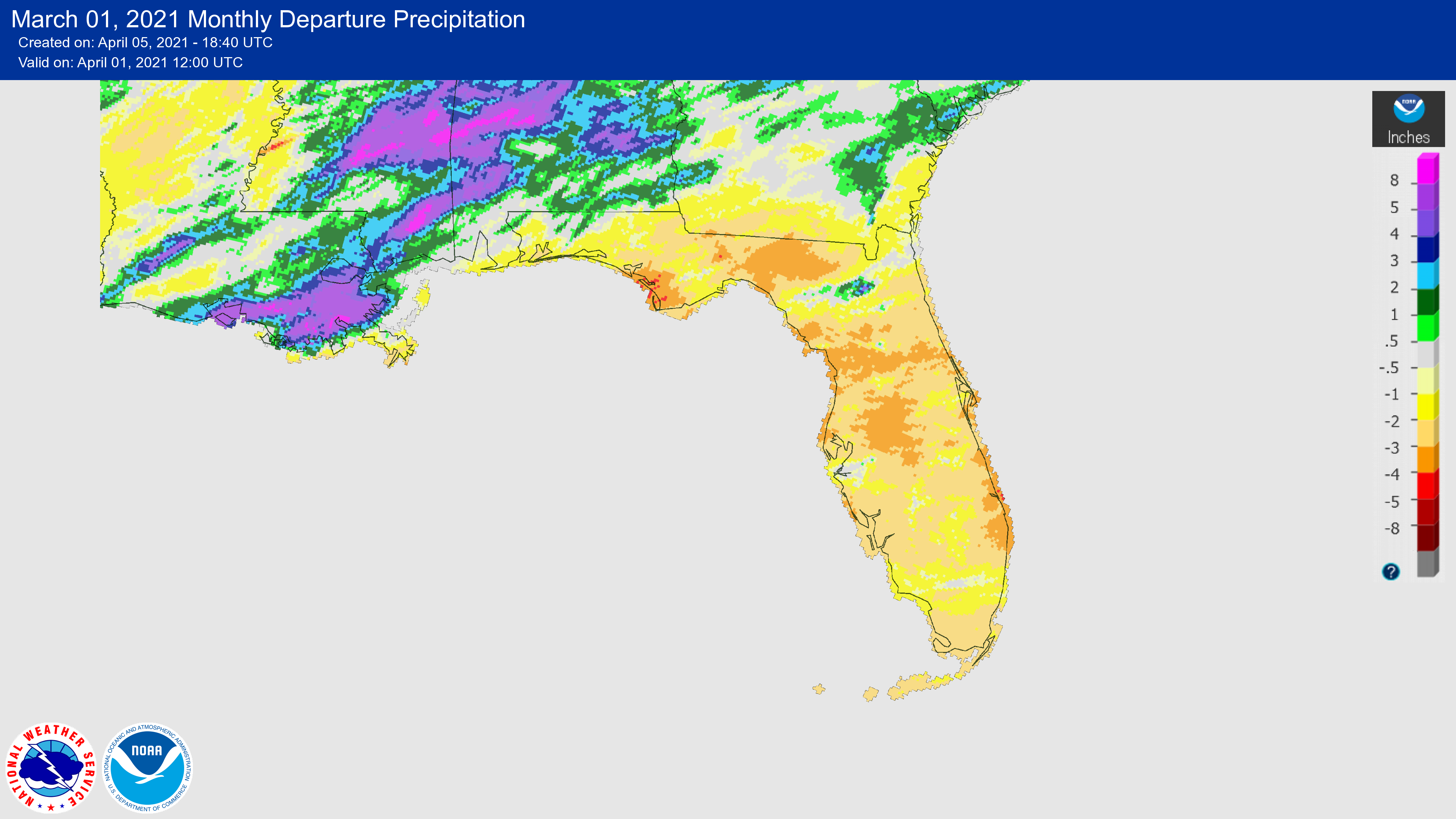 La Niña Conditions in the Pacific Continue but Weaken.

According to the Local Storm Reports issued by the local National Weather Service offices serving Florida, there were 127 individual local reports of hazardous weather events recorded across the state during the month of March (see Table 4 for a breakdown by event type). A wildfire was reported on March 16th in Big Cypress National Preserve, with portions of the preserve closed to the public and smoke possibly causing issues on HWY 41 and SR 29. Strong rip currents at Miramar Beach and Miami Beach resulted in multiple rescues and three fatalities during the month.

Table 4. Breakdown of storm reports submitted in Florida during the month of March (compiled from Iowa State University/Iowa Environmental Mesonet). 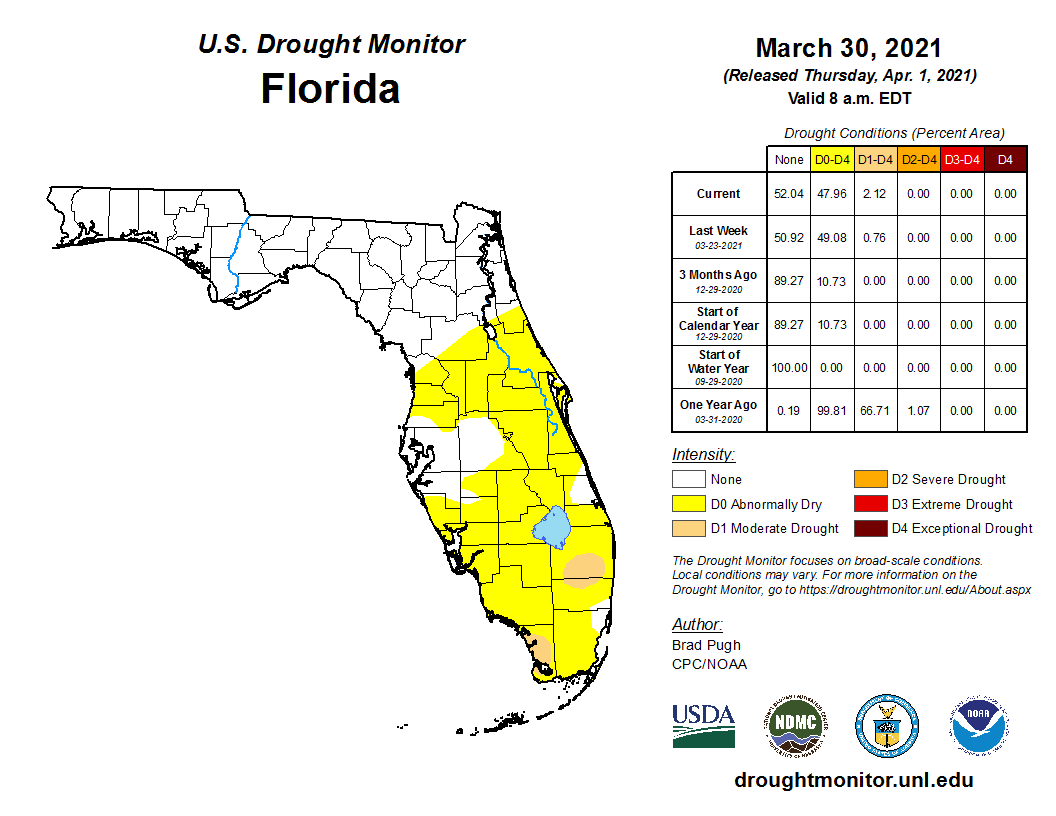 For the month of March, the Crop Progress - State Stories, produced monthly December through March, for Florida indicates that some pastures dried out by the end of the month due to warmer temperatures and a lack of rainfall. Cattle conditions remained mostly good during the month, and sugarcane harvesting continued. As temperatures rose during the month, Whiteflies and pest pressure were noted on vegetable crops in the southern part of the state. Many citrus fruits were harvested, including white and red grapefruit, Valencia oranges, and Honey, Tango and Royal tangerines. Field corn was planted and land was prepared for peanut and cotton crops in the Panhandle and northern parts of the state.