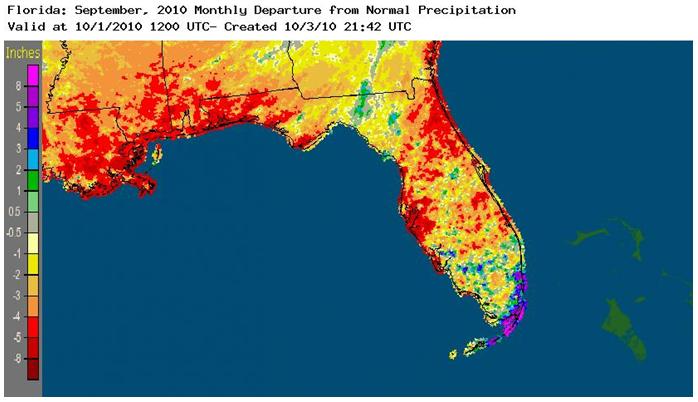 Hazardous weather. No tornadoes were observed during September. Thunderstorm winds produced only isolated damage in northern and central areas. On the 5th, thunderstorms produced wind gusts up to 69 mph near Cape Canaveral. As the remnants of Tropical Storm Nicole passed near southeastern coastal areas on the 29th, heavy rain was observed from Miami to Marathon.

Agricultural and other impacts. Dry conditions in western areas of the Panhandle have hindered peanut digging, stressed cotton and soybeans, and lowered hay yields. By the end of the month, areas in the western Panhandle along the border with Alabama reached severe drought conditions. Other areas in the northwest and along the northeast Atlantic coast have moderate drought conditions. Most northern areas have become abnormally dry. In contrast, growing conditions remained good in citrus areas throughout the month. 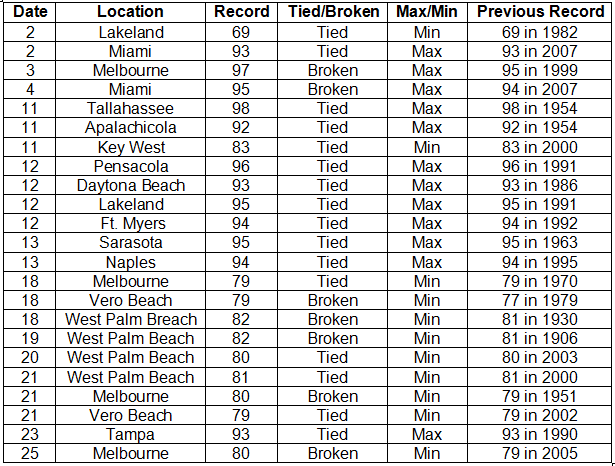