Rainfall totals in November were above normal in north and parts of central Florida and near to below normal south of those areas (Figure 1). (Table 3).

Figure 1. A graphical depiction of the monthly rainfall departure from normal (inches) for November is given in the figure below (courtesy of NOAA, NWS). 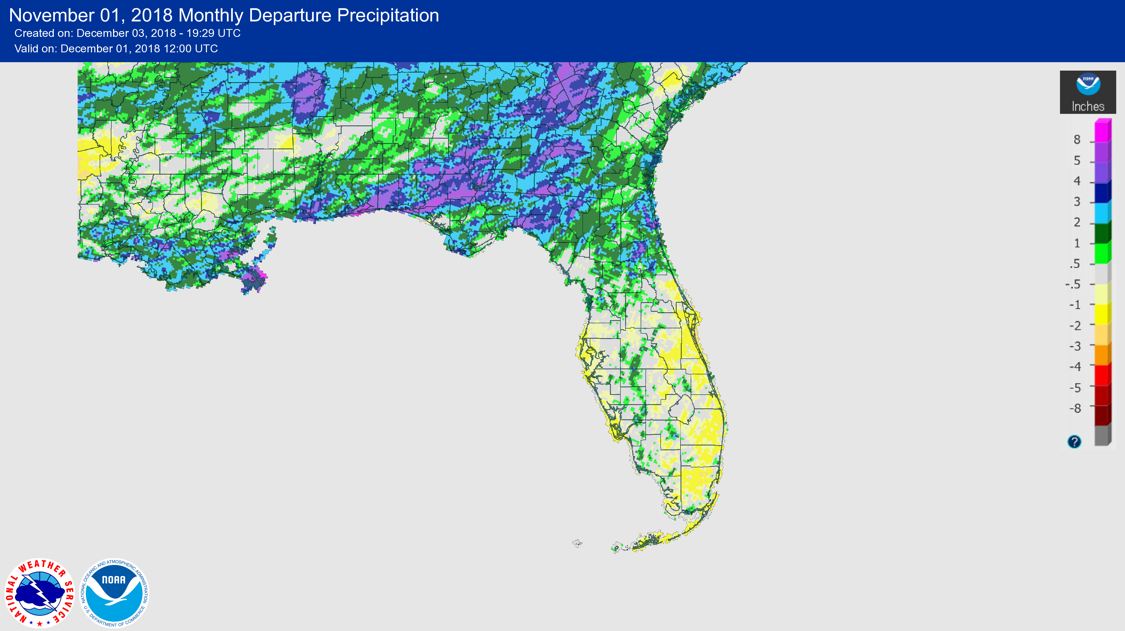 ENSO-neutral conditions are present in the Pacific, with El Niño to develop.

Based on current data and forecast models, forecasters with the Climate Prediction Center (CPC) continue with an El Niño Watch. ENSO-neutral conditions currently are present, with sea-surface temperatures (SST) above average across the equatorial Pacific Ocean. El Niño is expected to develop, continuing through boreal winter (~80% chance) and possibly into the boreal spring (55-60% chance). The CPC seasonal outlook favors above-normal temperatures statewide and above-normal rainfall statewide, especially on the panhandle, in December 2018.

According the Local Storm Reports (LSRs) issued by the local National Weather Service (NWS) offices serving Florida, 92 instances of hazardous weather were reported across the state in November 2018.

Table 4. Breakdown of storm reports submitted in Florida during the month of November. (Compiled from Iowa State University/Iowa Environmental Mesonet.)

At the end of November, according to the U.S. Drought Monitor, abnormally dry conditions were present over much of the eastern half of the peninsula, with moderate-drought conditions found in the far northeast, along the central Atlantic coast, and on the west side of Lake Okeechobee. However, it is noted that November begins the dry season on the peninsula.

As of 3 December, the Lake Okeechobee water level was at 13.03 ft. above sea level, which is a bit below average for this time of the year. 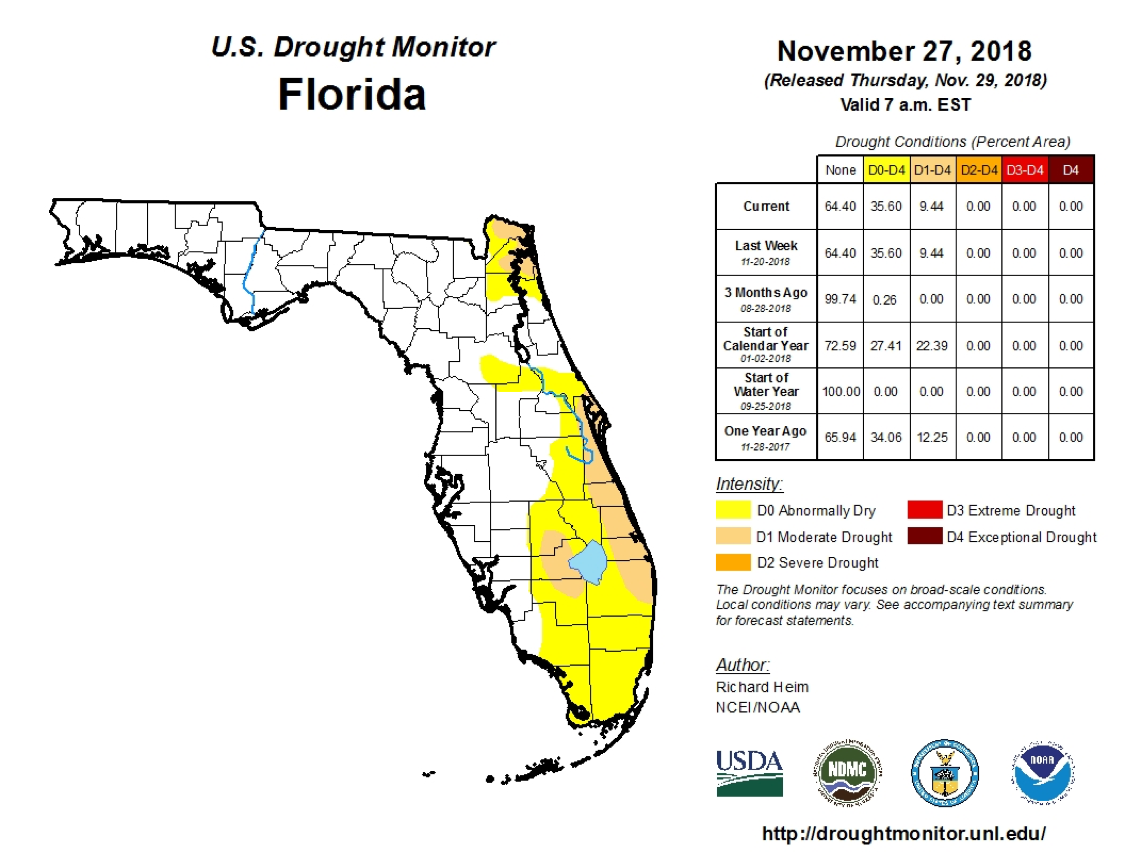 At the end of November, top-soil moisture was adequate over half the state, short or very short over about one-third, and at surplus over the balance. The first frost or freeze had occurred during the month as far south as north-central Florida. Citrus harvest was underway, but progress was behind what is was last year at this time. Pasture quality was seeing decline late in the month in the north because of cool, wet conditions and in the south because of drier conditions. Nonetheless, cattle condition remained good. Frequent rain in the panhandle hindered the cotton harvest. Most peanuts have been harvested, but some remained in Jackson and Holmes counties at the end of the month.

*This value ties the all-time highest minimum temperature ever recorded at Key West for the month of November (records back to 1872); the last occurrence was on 9 November 2015.