November rainfall totals near normal in most areas. Rainfall totals for November were near normal in most areas of the state (Table 2). In contrast, the monthly total of 7.33 inches recorded at Pensacola was nearly three inches above normal. A daily amount of 3.34 inches at Pensacola on the 3rd was a primary factor in the monthly total being above normal. Two daily rainfall records were set durng the month. On the 16th, 2.22 inches of rain broke the record of 1.05 in that occurred in 1957. An amount of 0.78 inch at Key West on the 26th broke the record of 0.61 inch that occurred in 1987. Monthly departures from normal November rainfall are depicted in Figure 1. While Panhandle areas were near or slightly above normal, an area along the south-central coast was more than four inches below normal. 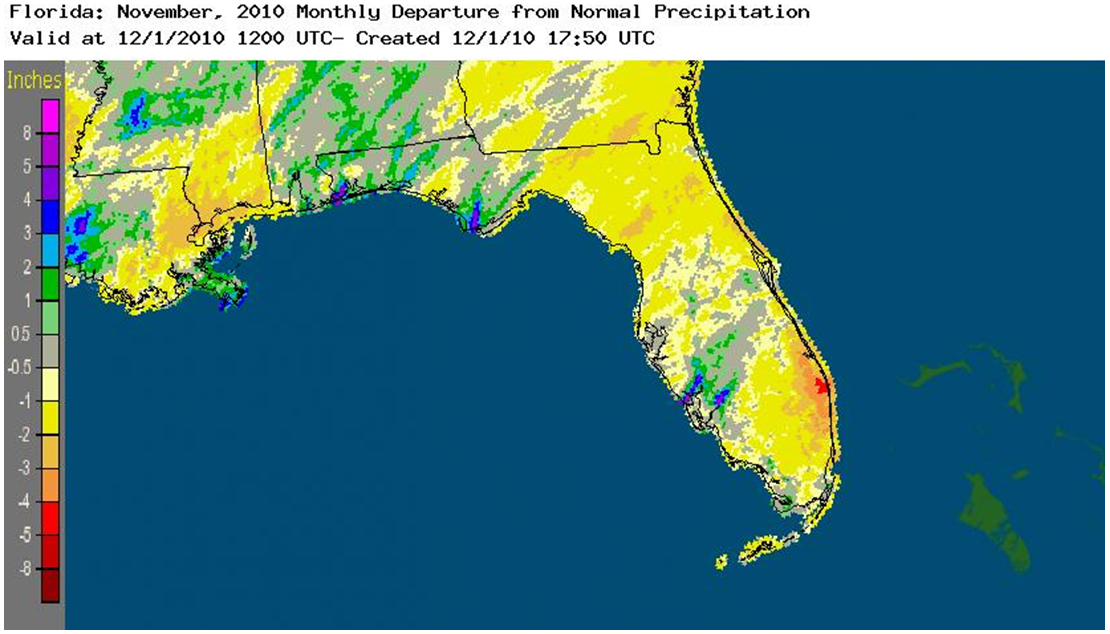 La Nina continues during November. Sea surface temperatures in the equatorial Pacific Ocean continued below normal during November, denoting a continued cold phase of ENSO, or La Nina. As a very active Atlantic hurricane season came to an end, no tropical cyclones affected the state during November.

Agricultural and other impacts. Planting of cool season forage was delayed due to low soil moisture. Cattle producers continued to use hay as supplemental feed due to slowness of pasture growth. Frost and freezing temperatures in northern areas ended late vegetable production. Cooler weather aided strawberry development in west-central areas. By the end of the month citrus areas in Broward and Indian River Counties had reached extreme drought conditions. 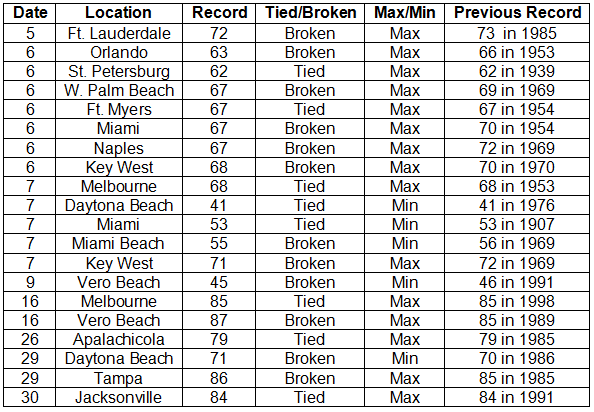