Average temperatures in February were on average 3 ̊F warmer than historical averages across the state. Average temperatures were at or near normal across northern Florida and the Panhandle and much above normal across the Florida Peninsula. Average temperatures for the month ranged from +5.8 ̊F in West Palm Beach to +0.2 ̊F in Pensacola (see Table 1 and Appendix 1 for select cities). West Palm Beach experienced its third warmest February on record, and Fort Lauderdale had its fourth warmest February on record. Many daily high maximum and high minimum temperature records were set during the month (see Appendices 2 and 3). 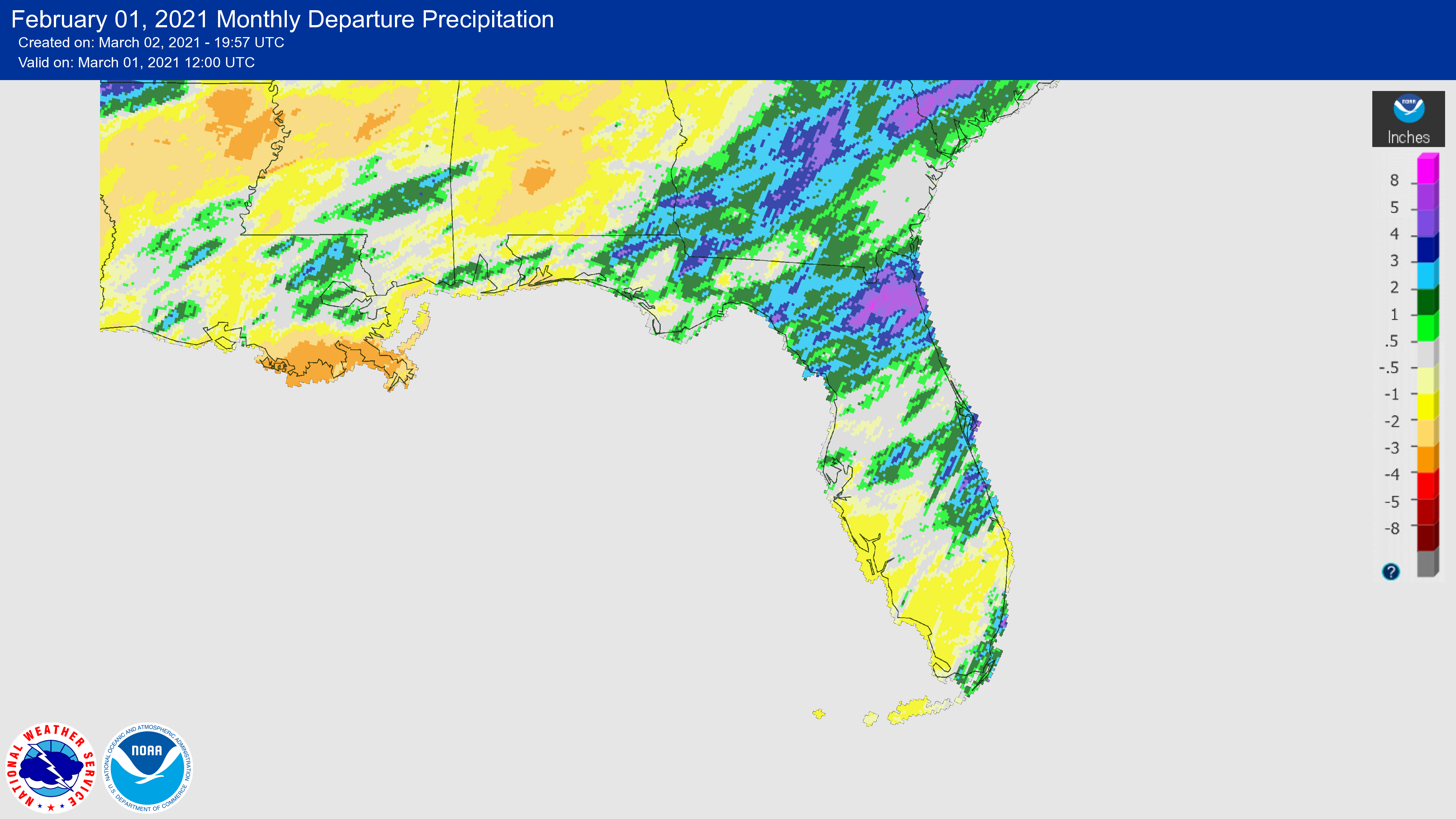 La Niña conditions continued during February, but forecasters estimate a shift to ENSO-neutral conditions this spring (~60% chance for April-June). ENSO-neutral conditions are then expected to continue at least through the Northern Hemisphere summer. Recent stratospheric warming and disruptions in the polar vortex, along with a negative phase in the Arctic Oscillation, have influenced weather patterns in the eastern U.S. this winter and overwhelmed typical weather patterns generally seen during La Niña. However, more typical La Niña conditions have returned with above-average temperatures and drier than average conditions across much of the southern tier of the U.S.

According to the Local Storm Reports issued by the local National Weather Service offices serving Florida, there were 249 individual local reports of hazardous weather events recorded across the state during the month of February (see Table 4 for a breakdown by event type). 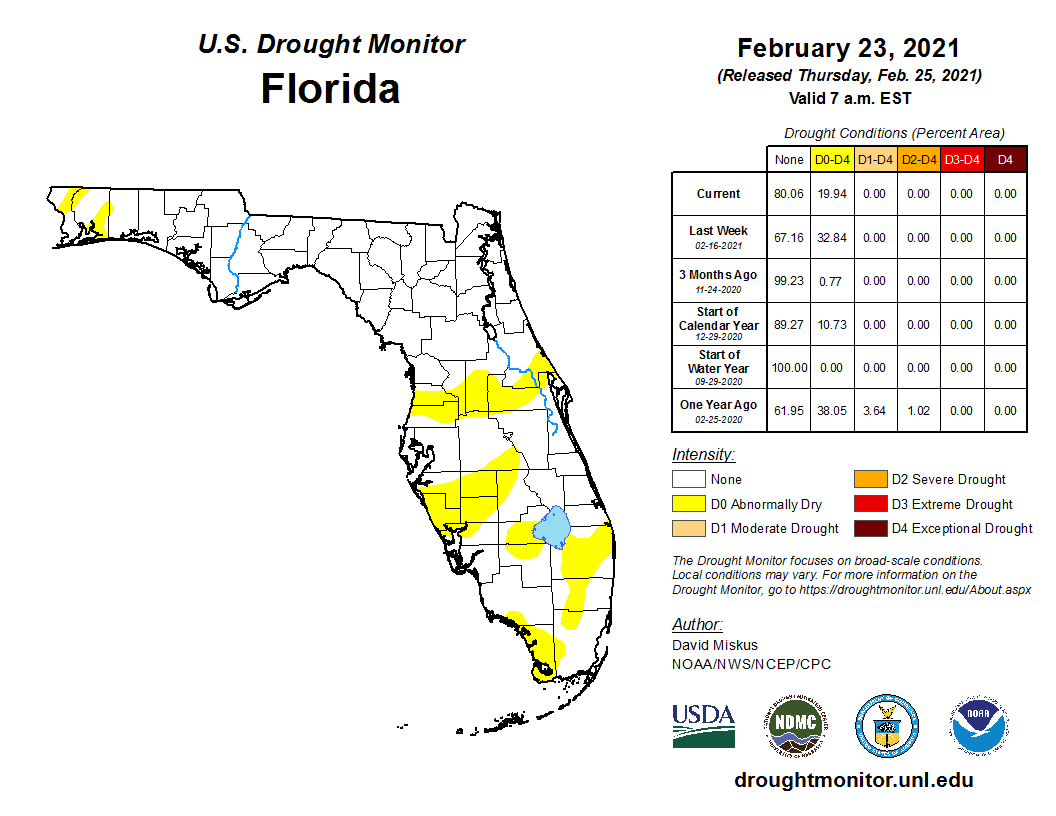 For the month of February, the Crop Progress - State Stories, produced monthly December through March, for Florida indicates that pasture conditions declined at the beginning of February due to colder temperatures but improved throughout the month as temperatures rose. Cattle conditions remained mostly good during the month, while sugarcane had minimal damage from frost that was reported mid-month. Toward the end of the month, powdery mildew and worm pressure were reported in some crops. Many citrus fruits were harvested, and several vegetable crops came to market.