Average temperatures in August were near normal in the Panhandle and above normal in Peninsular Florida. Average temperature departures from normal ranged from -0.6 ̊F in Key West to +2.4 ̊F in West Palm Beach for the month (see Table 1 and Appendix 1 for select cities). Many locations experienced their hottest August on record based on mean monthly temperatures, including Clermont, Tampa, Fort Myers, West Palm Beach, and Hollywood; many other locations recorded one of their top five warmest Augusts on record. Overnight temperatures have been especially warm in south Florida. Summer of 2022 (June-August) has been warmer than normal overall, and most stations in the state had one of their top ten hottest summers on record. Many daily high maximum and high minimum temperature records were set (see appendix 2 for select daily high maximum records).

Rainfall totals in August were above normal across north Florida and below normal in central and south Florida. The monthly precipitation departures from normal ranged from -5.56 inches in West Palm Beach to +5.33 inches in Gainesville (Table 2 and Appendix 1). The pattern of unsettled weather continued in August across the Panhandle, with ample rain falling across much of northern Florida. Pensacola set a new daily rainfall record of 4.59 inches on the 11th (39% of its monthly rainfall total). The annual rainfall surplus to date is 10.2 inches in Pensacola, 8.0 inches in Tallahassee, and 9.6 inches in Gainesville. While thunderstorm activity picked up across the Florida Peninsula during the month, some areas continue to see below normal rainfall, especially in southeastern Florida. Year-to-date rainfall deficits include: 12.0 inches in Vero Beach, 13.2 inches in Stuart, 11.4 inches in West Palm Beach, and 5.2 inches in Orlando and Miami.

Figure 1. A graphical depiction of the monthly rainfall departure from normal (inches) for August (courtesy of NOAA, NWS). 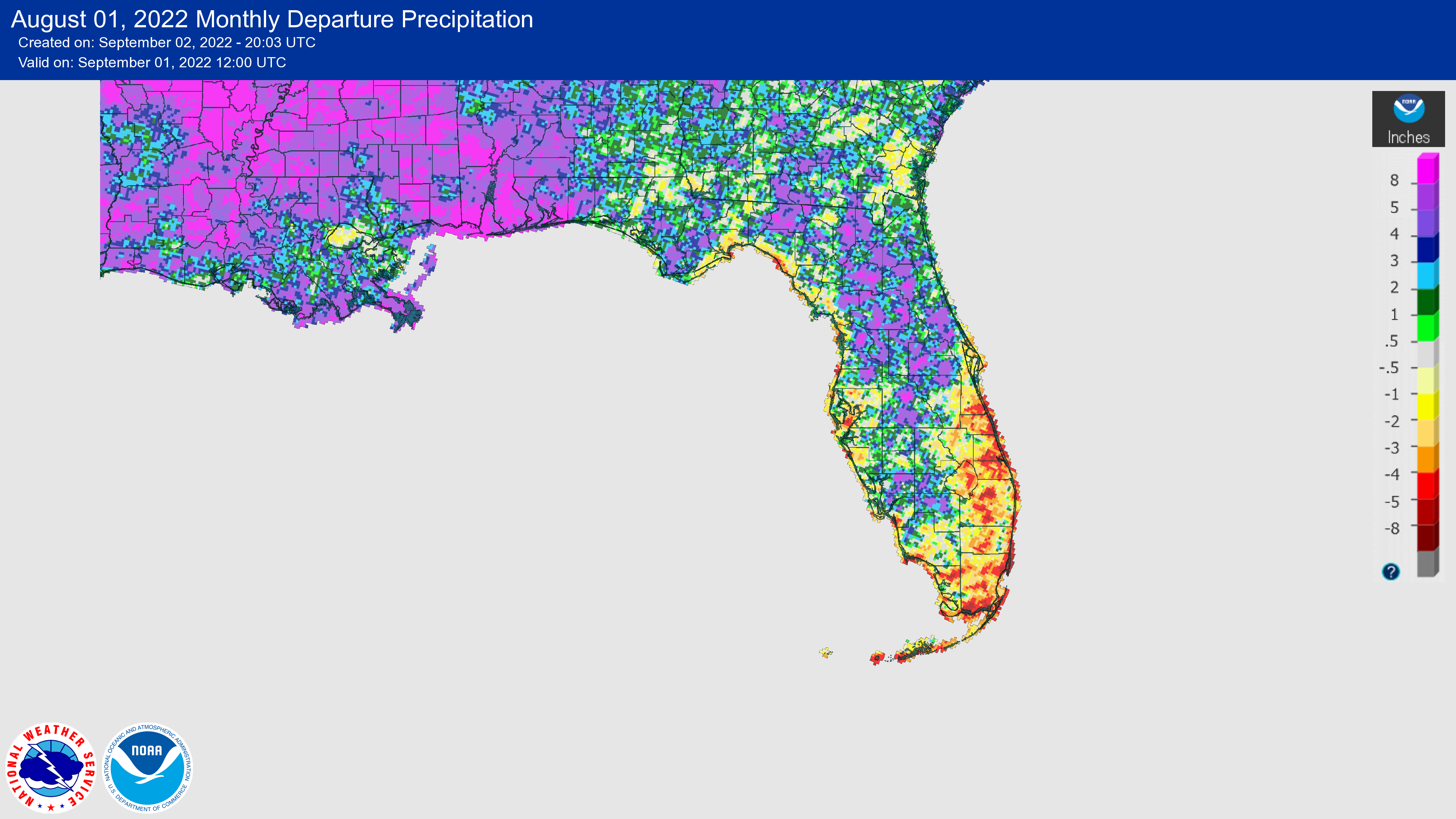 La Niña is expected to continue through the winter, with chances decreasing to 60% during December-February 2022-23. Below average sea surface temperatures expanded across the central-eastern equatorial Pacific Ocean during the past month, and overall the coupled ocean-atmosphere system remained consistent with an ongoing La Niña. Looking ahead, La Niña is projected to be the most likely outcome during fall and winter, while most models suggest a transition to ENSO-neutral conditions in January-March 2023, though much uncertainty remains that far out.

According to the Local Storm Reports issued by the local National Weather Service offices serving Florida, there were 432 individual local reports of hazardous weather events recorded across the state during the month of August (see Table 4 for a breakdown by event type). Thunderstorms and locally heavy rainfall occurred throughout the month, with many locations reporting 3-5 inches of daily rainfall. Reports of 5.26 inches and 6.45 inches of rain in 2 hours were reported on the 14th in Gadsden County. Several waterspouts were reported, as well as two tornadoes, during the month.

Table 4. Breakdown of storm reports submitted in Florida during the month of August (compiled from Iowa State University/Iowa Environmental Mesonet).

Weather/Climate Highlight of the Month.

Figure 2. A graphical depiction of the current drought conditions in Florida according to the U.S. Drought Monitor (courtesy of the National Drought Mitigation Center, University of Nebraska-Lincoln). 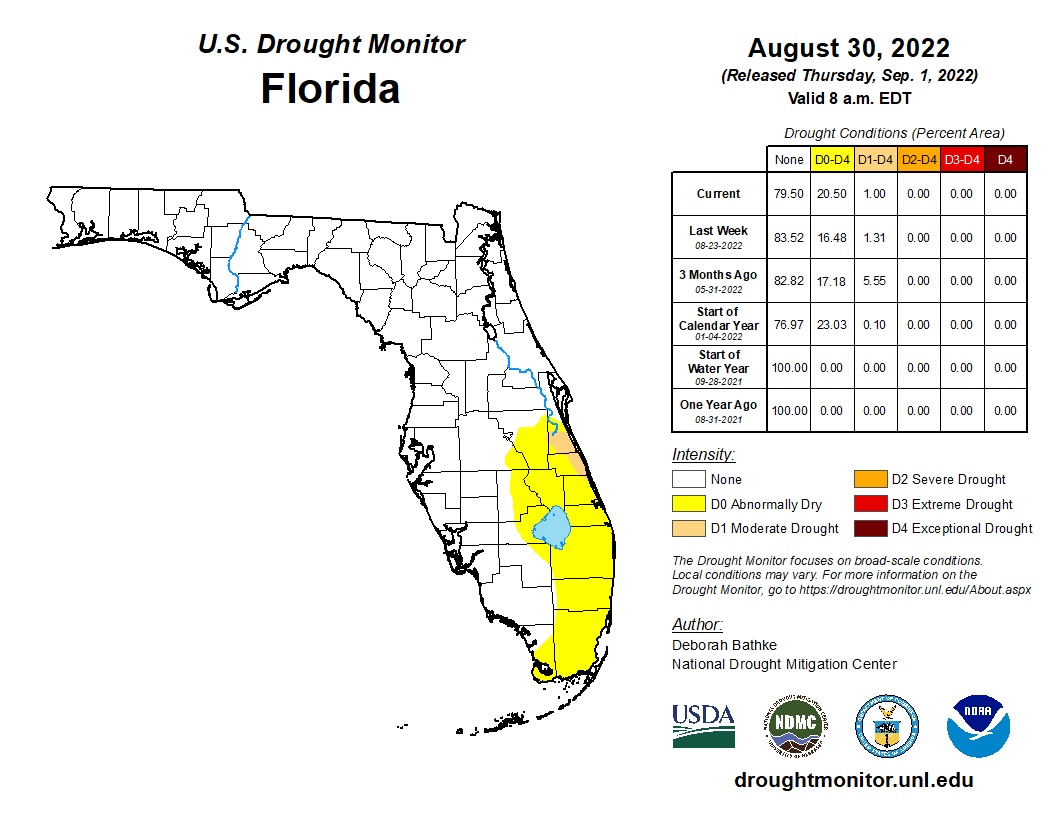